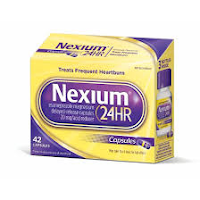 Today’s adventure story will be of a medical nature, the dreaded acid reflux, also known by some as heartburn. For me, it all began perhaps 40 some years ago when describing certain symptoms to my family care doctor he said it was acid reflux. He also noted it could be precancerous and sent me to WFMC…… World Famous Mayo  Clinic. They concurred. Thus began a seemingly lifelong regimen of famous pills both prescription, over-the-counter and other antidotes. Also there was the low acid diet which eliminated among other things tomatoes from my life. Goodbye pizza and spaghetti. In spite of all this there were still bad spots for me as when on Vancouver Island in Canada I ran out of Nexium and prescription drugs could not be filled for reasons too complicated to remember or explain. The symptoms were extreme enough that Mrs. T had to do the driving as she raced us in only two days back to the state of Washington. So it went. 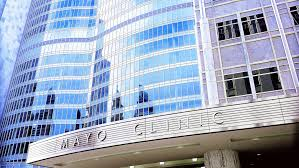 Much more recently,  as her Alzheimer’s dementia began to reach the drastic stages, my physical reaction included a lot of stress. My new primary care doctor prescribed a pill for anxiety. I followed her advice, took the pills as well as  went to another visit to Mayo Clinic to check  my worsening acid reflux.


It was in the gastroenterology department that a day and one night at home test revealed that I didn’t have acid reflux. I asked the consulting physician how all that could be possible after 40 years of doctors and pills saying I did have it?   Mmmmm.? Will get to the bottom of it, he said Now I’m involved in the mystery but the eye, ear, nose, and whatever department will help sorted out. More tests including a camera down my throat to take pictures. A day later reporting to the consultant they had the definitive result.


“You have acid reflux” he said. I won’t be smart this fine clinic which saved my wife’s life twice different cancers and mine once from a near fatal drug reaction but I did momentarily laugh and suggested they call me when the two departments resolve their differences.


I do know that apparently Mayo sometimes withdraws all the medications from some of their patients who have mysterious ailments. Back to the starting point as it were


Conclusion: I made that decision myself to no longer taking any meds of any kind related to acid reflux and  gave up my acid-free diet as well. I no longer have any symptoms of acid reflux and enjoy my orange juice for breakfast and the occasional pizza for lunch :-) I’m sure there is a moral to this tale but I don’t know exactly what it is. Perhaps you do. In the meantime, I’m off to see my beloved at Cottagewood. The food is really good there and I eat whatever they serve and help my wife to eat as well.
Posted by troutbirder at 7:46 AM