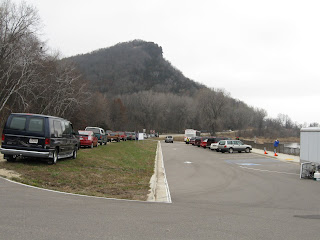 Several hundred people were gathered along a new overlook in Minnesota, near the Iowa border, south of Brownsville. Across the river, clouded in mist, lay Wisconsin. 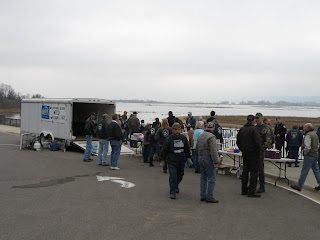 A yellow ribbon lay across a corner of the turnout, behind which stood a number of dignitaries. They represented numerous conservation groups, government agencies and private corporations. All had been involved, one way or another, in the building of the overlook.. 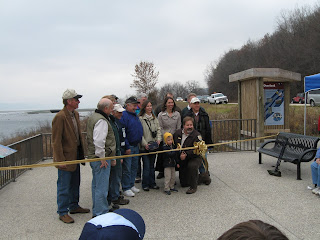 State Senator Sharon Ropes speaks of the Upper Mississippi National Wildlife Refuge and what it means for all of us. 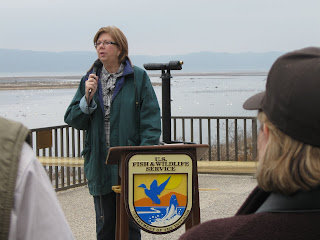 As Mrs T, Loretta and I parked along the highway, under the direction of state troopers, we heard a rather loud and strange sound emanating from the river. I think it was some sort of excited yet friendly conversation among some visitors from the far north.
Here, we were to witness a world class event in the world of natures wonders. Coming from the arctic north, in their thousands, tundra swans had stopped to refuel and rest, before continuing their journey to Chesapeake Bay, far to the southeast. 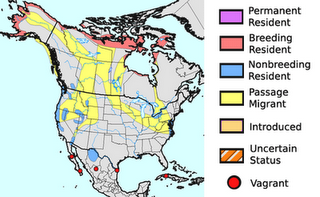 With the construction of the lock and dam system on the river in the 1930's, many of the natural aspects of the river have changed. One of these is the wave action of the increased open spaces. Many islands have disappeared. Because of this, many of the plants and tubers the swans fed on also disappeared. Now man is undoing the damage and helping the birds, by using dredge material from the main channel to rebuild these islands. Here you can see one of the many artificial islands providing a resting place and shelter from the wind and renewed food supplies. 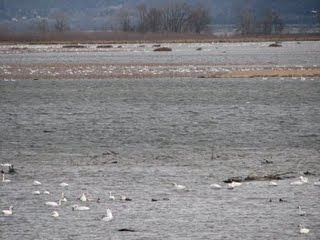 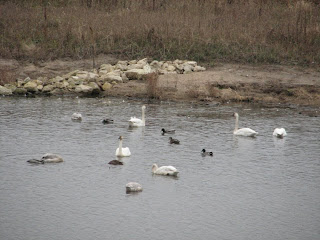 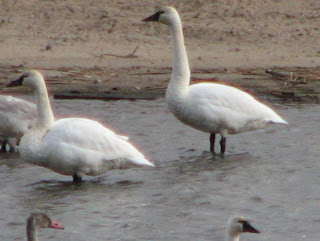 The new overlook provides a safe place for people to turn out to see and photograph the swans. 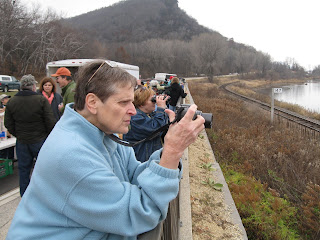 Mrs. T (a.k.a. Queen B) now successfully cruising around with a cane and camera. 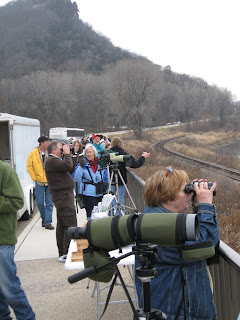 Loretta spots some opportunistic eagles resting comfortably far out in the river on an artificial island.

Previously people would park along the shoulder endangering themselves and passing vehicles.
Way to go DNR and Army Corps of Engineers. We make an annual trip along the river to see this amazing sight. It never grows old.
Thanks Mother Nature!
Posted by troutbirder at 8:44 AM 14 comments: 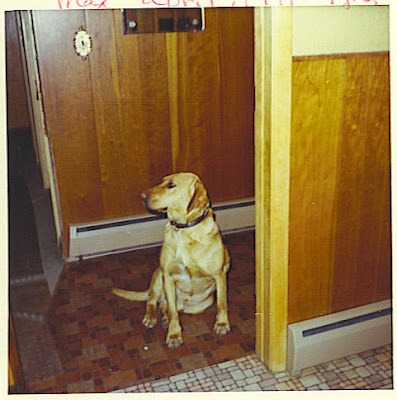 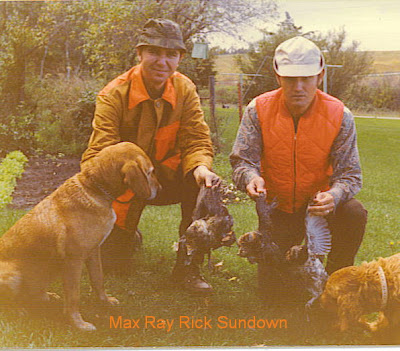 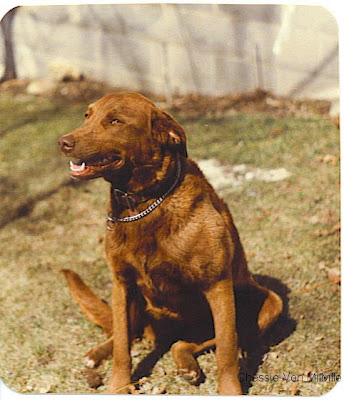 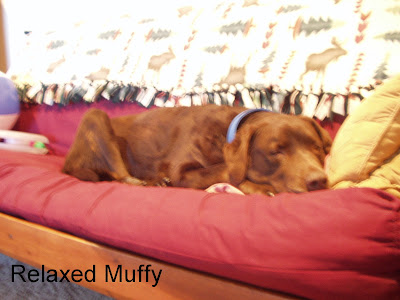 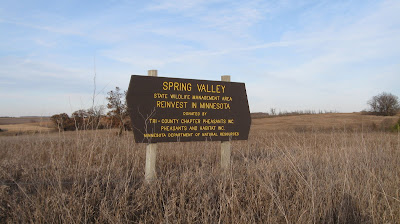 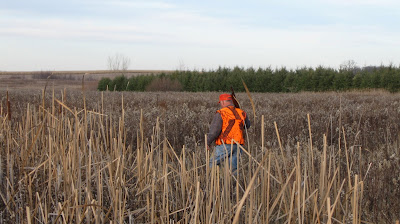 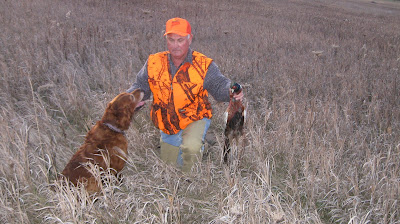 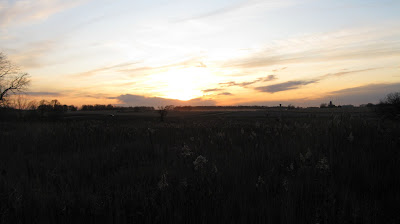 As the sun set and it was time to call it a day, I reflected on the fact that a few years ago, after my knee replacement, I had decided to go in a different direction. A friend introduced me to birding, I got a digital camera, some binoculars and a non hunting GSD - Baron. You can find me afield year around now. Tramping the trails and woods, the parks and prairies, still hunting birds or whatever of Mother Natures bounty catches my fancy. Today, I went pheasant hunting with Rick again. A hike through the nostalgia of great memories and my younger years. But I am just as fond today of the new memories being created each time I grab my camera and round up my big puppy saying "hey Baron, let’s go for a walk."
Posted by troutbirder at 6:19 AM 12 comments: