REVIEW IS A RECENT REPEAT SO I CAN  LINK IT TO BARRIE SUMMYS FIRST  WED.OF THE MONTH BOOK CLUB

No ordinary time: Franklin and Eleanor Roosevelt the home front in World War II by Doris Kearns Goodwin
Doris Kearns Goodwin is one of America’s premier historians. Two time winner the Pulitzer Prize for history writing as well as many other awards. Often seen on television as a history consultant she has done it all in her field. Her study of Lincoln’s political skills in Team of Rivals showed how that skill could be an honorable one and help to save the nation. Turned into a movie it also won an Academy award as well as her second Pulitzer Prize.
Her first Pulitzer was No Ordinary Time. In the setting of the home front in World War II It tells the story of the marriage so unusual it almost defies description. We learn of an affair, a broken but patched up marriage and then most remarkably  what they did together and apart which changed and brought a nation into its modern form and and opened the door to world leadership.
Above all else though the book is an intimate characterization of the Roosevelt’s and all the people they met and interacted with during the most destructive war ever. But but what a cast of characters! Some world famous and others not Page by page, chapter by chapter it all becomes more personal. And then perhaps like me you will be saying wow! Their relationships, the successes and failures, the foibles etc.Public and private details and anecdotes weave a story you will never forget. I loved it all. Finally though  my minded drifted to our RECENTLY PAST  leader in Washington and I felt immeasurably sick.......

Posted by troutbirder at 5:00 AM 7 comments: 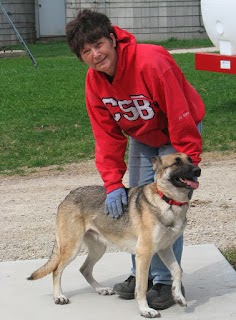 She came to our dear friends Steve and Jewel’s farm at Easter time lost and abandoned.  They took her in and named her Lily and loved her very much.  She became a wonderful farm dog.  Mrs. T    occasionally fed Lily when her owners had to be gone. Now, some years later, hard times had come again.  Steve has passed on from pancreatic cancer and Jewel has had two very serious fall requiring home heath care. She is very very frail having type 1 diabetes ,stroke and a heart attack  home with serious illnesses.When it rains it pours, as they say. Now Lily has come to live with us. She has adapted very quickly to life in the suburbs. Lily is a good girl…..
2/19/21 am waiting for a call from our vet. Lily was diagnosed last fall with a spinal disc problem, meaning her blackleg don't work at all. I have to lift her into the car an up steps. SHE MAYHAVE TO BE PU T DOWN SADLY 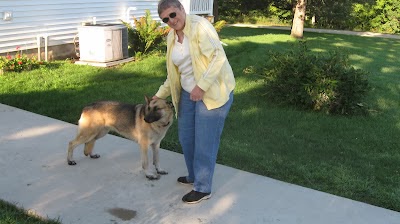 So here's the deal as our new president is wont to say.

#1 I'm bringing back my Troutbirder II book review blog after several year of neglects. Your may remember when Barb was in Cottagewood Memory care I just didn't have time enough to maintain two   blogs. Now thanks to the pandemic I do.

#2. here is how to get there, Right above is a picture of  me and my book buddy Mark Twain . Click on that photo and you'll jump toTroubirder II for book reviews