oops!
A friend who is a gardener, not a big game hunter in Africa, gave me a bag of them this spring. They were small dehydrated looking tubers that looked more dead than alive. I threw them in the retired plot in front of the porch hoping one or two survived so I could see what they looked like. 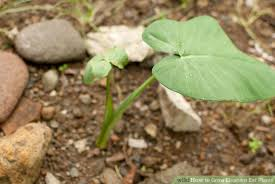 A couple made an appearance in late May and then some more and more and we had some heavy rains. And they grew and grew..... 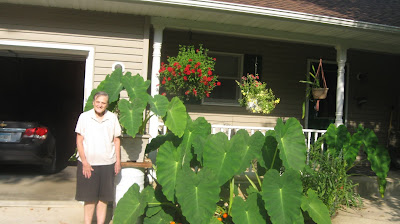 and grew some more... 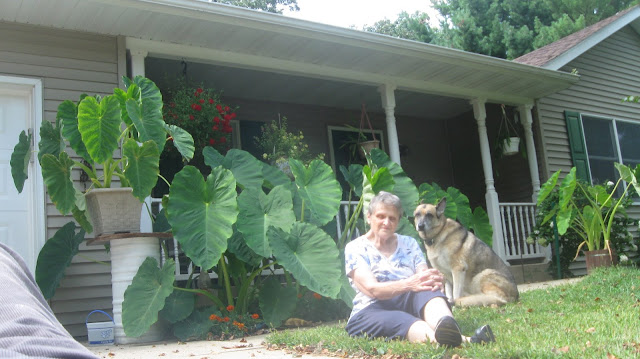 I think this project may have gotten a bit out of hand....:)

I think the squirrels should be doing well this coming winter as it appears we will  have a world record acorn crop this year. Daily sweeping of the deck has already produced bucketfulls of the fruit. I've slipped on them several times.   And the ricochet shots off the roof in the middle of the night were more than a little annoying. Still we love our white and burr oak trees. Almost as much as our beloved butternut..... 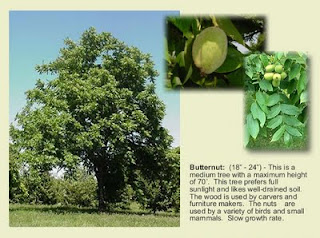 The Juglans cinerea.  It produces drooping clusters of sweet nuts which are used in baking. The oval kernel is tender with sweet, oily, buttery flavor. The butternut or white walnut is one of the hardiest nut trees. A North American native, the nut has a rich, buttery flavor used in baking, confections, and eating fresh. The attractive, light golden wood is used for paneling and furniture. Its nuts are also valuable as food for deer, squirrels, and birds.

A few years ago   early that fall I raked together the fallen nuts and placed them on the sun deck to air and dry. A few weeks later they were placed in a basket and left on the deck for further airing. My intention was to shell them around Thanksgiving time. Imagine my surprise when I checked on them later to find that every single one had disappeared! Who would sink so low as to take such an item from a person who had carefully gathered the harvest for the winter? I was appalled. I figured that the perpetrators had brought a box and dumped my treasure into it, leaving the basket as a sick reminder of their crime. To say I was ticked would be somewhat of an understatement. Reporting the loss of my nuts to the police or the insurance company didn’t seem to be the way I wanted to go either (he chuckles to himself). So life goes on and their were many other fall chores to finish. One task was to cut down a dead quaking aspen which loomed over my garden. Chain saw in hand I headed out into the woods.

The tree was about 60 feet tall. Now aspen is a very soft wood but after I notched it and made the final base cut, it went down very quickly. Rather too quickly, I thought, until I realized the tree was hollow. And there to my huge surprise was the mother load of butternuts. All safely stored away for the winter. How sweet it was! I’m not a revengeful person at heart but property rights must be respected and these nuts were mine! 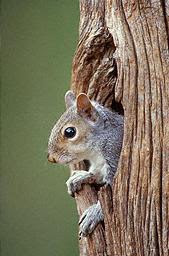 Well, as they say, "all’s well that ends well." I used the vise in my workshop to crack open the nuts. They were so sweet. Not holding a grudge, I made sure the squirrels were well fed that winter with corn and sunflower seeds. Hmmm. Maybe I should go back and read the Count of Monte Cristo. Is revenge really a dish best served cold..?
Posted by troutbirder at 8:30 AM 17 comments: 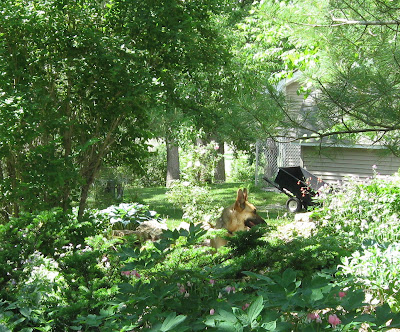 It was late August in 2010 and our little cuddly puppy had grown in two years to a gentle giant. He had free range in our 3 acre wooded plot.   Who was that in my wildflower garden? 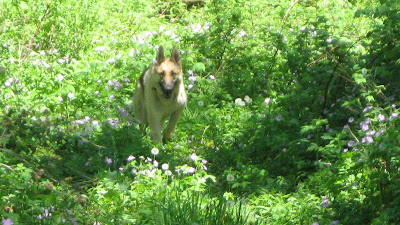 Oh! Its you. By far the biggest GSD any had ever seen. 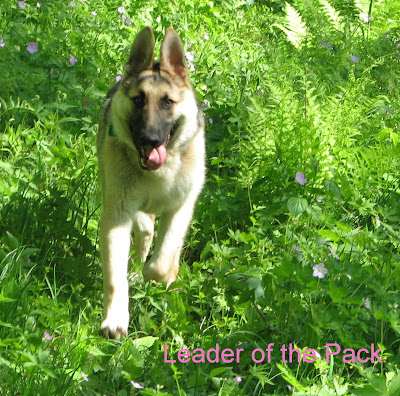 Baron! The canine gardener and my best buddy.
Actually, he is in charge of the organic fertilization department.
Posted by troutbirder at 3:00 PM 13 comments:

In the days before Designer Dog" became the rage and very expensive they were known as "Mutts" and not so pricey.  My grandchildren have several Labradoodles...  Our first dog back in the mid sixties was a cross between a Golden Retriever and a German Shorthaired Pointer. His name was Max. 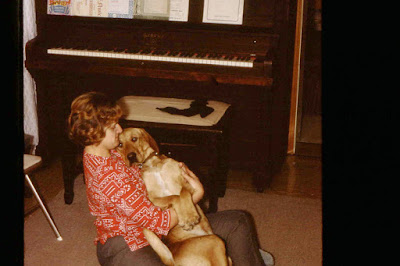 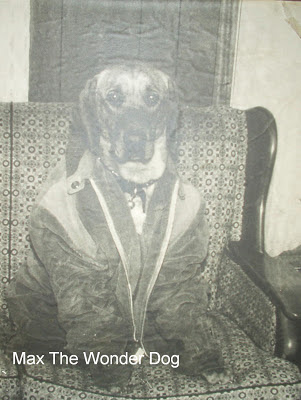 Max flushed, retrieved, point and pretty much taught me how to successfully hunt pheasants and  grouse. He did it all. 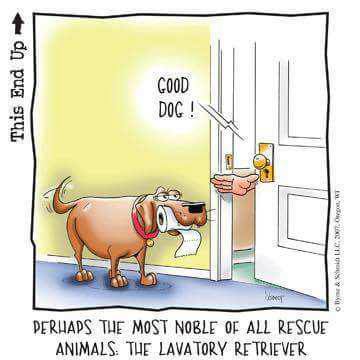