"It's Not Just Another Meat Museum" the big billboard on I-90 going into Austin, Minnesota and Hormel's Spam Museum surely isn't.  All this turned out to be true as Gramma
T and son Tony took the kids to the iconic little canned meat mecca. Take a look..... 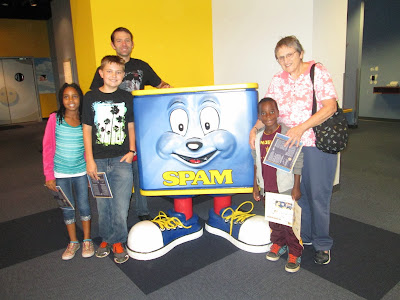 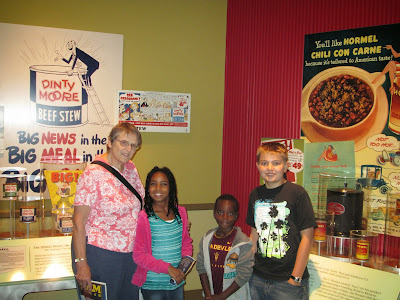 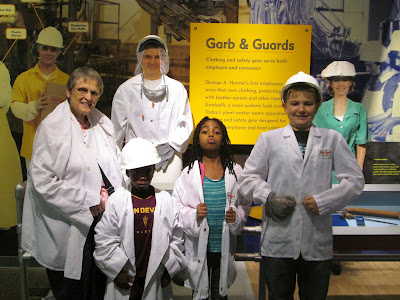 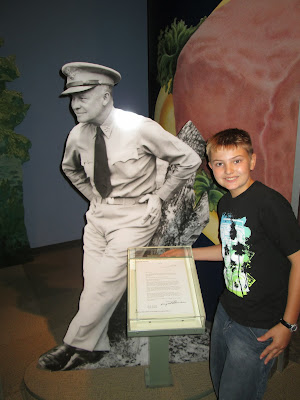 Yes indeed.  The letter that eldest grandson is standing in front of, from Supreme Commander and future President Dwight David Eisenhower, suggests that feeding the Allied troops with Spam played a major role in defeating the Nazis in World War II. Oh and Grandpa Troutbirder likes it too.....;)
Posted by troutbirder at 6:29 AM 22 comments:

Sometimes people do strange things like climb the world’s tallest most dangerous mountains because they’re there. Well,  we recently, with our friends John and Joann, took the overnight Amtrak from Winona, Minnesota to Devils Lake, North Dakota because it’s there and we could. 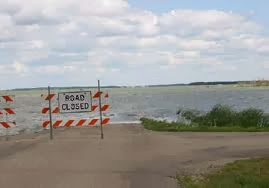 Devils Lake is a town in northeastern North Dakota and it has a lake of the same name. It’s the second largest lake in the State behind the giant reservoir Sakakawea.  It’s special because like the energizer bunny it just keep on going and growing.  It’s growing as in it was  forty thousand square acres a decade ago and now over it's 240,000 acres and in the process of drowning out hundreds of farms, roads, and even towns.   The lake, now having almost reached the maximum overflow height of its closed basin, threatens serious flooding downstream in Minnesota and Manitoba, Canada. There are were and remain big legal controversies.  We checked it all out. 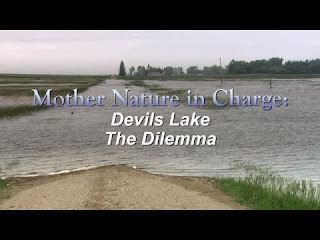 Another big attraction in the Devil Lake area we visited was Sullys Hill, a National Game Preserve.  Established originally in 1904 by President Theodore Roosevelt as a National Park, it was designated by Congress in 1914 as a big game preserve to conserve two of North America's most majestic species: American bison and elk.  The bison was almost extirpated  from its original millions and the elk range drastically reduced and entirely so from North Dakota. 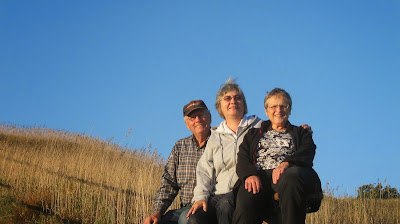 John, Joanne and Barb take a break on the steep climb to the top of Sully's Hill for a grand view of the surrounding countryside. 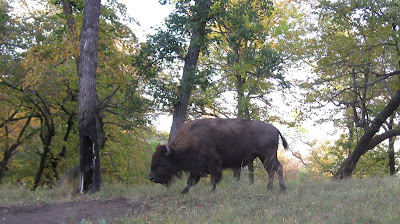 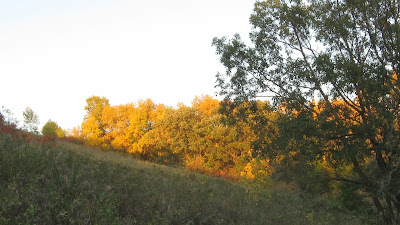 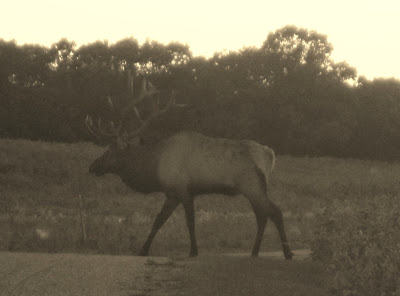 And as the sun set a monster bull elk stepped out onto the road ride in front of us.  Wow!!!!
Posted by troutbirder at 5:22 PM 21 comments:

We, with our friends John and Joanne, took an overnight train trip (on Amtrak) to Devils Lake North Dakota.  Mainly to take a look at the amazing expansion of that lake in the last decade. More on that in a later post. Northeastern North Dakota has long been famous for sugar beets and potatoes. It so happens Johns cousin is a former manager of a potato "house" (storage facility).  Just in time for the harvest we were invited to take a look.  To my astonishment, I as even allowed to climb aboard a giant machine where big trucks were unloading the harvest..... 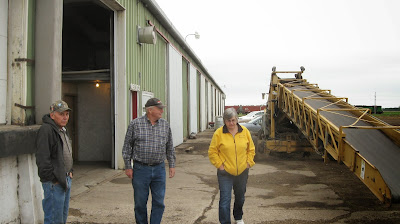 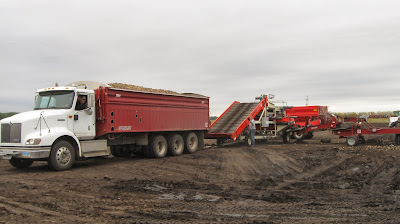 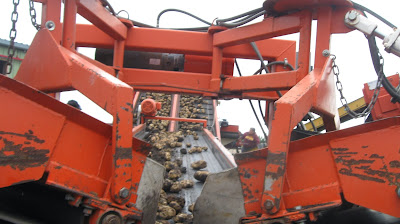 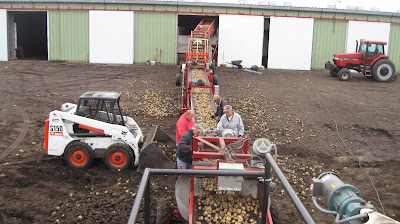 French fries anyone?
Posted by troutbirder at 5:29 AM 25 comments: