A Flower For Leontien 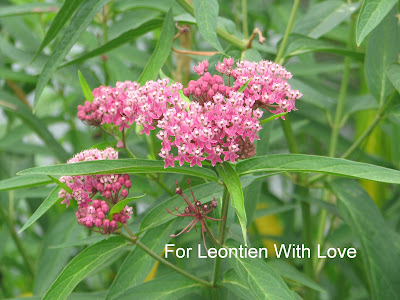 A wildflower for Leontien Vandelaar of Four Leaf Clover Dairy . She is a fellow blogger who has been putting up a courageous fight against cancer. Mrs. T has beaten back the Big C twice and now it's your turn Leontien. We send our best wishes and prayers.
Ray and Barb Troutbirder
Posted by troutbirder at 8:06 AM 19 comments:

In an amazing series of coincidences over a two year period, I listed three "lifers" located in the margins of a tiny farm pond near Preston, Minnesota. Preston lies in Fillmore county which happens to be the only county in The Land of 10,000 Lakes ( actually over 14 thousand) without a lake. Last year there was a Glossy Ibis far from its home range in southern Florida. And a white winged scoter also out of range. 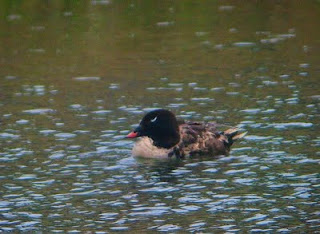 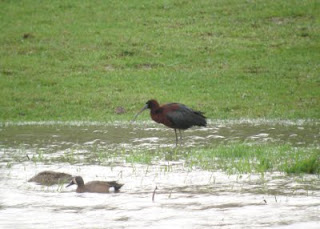 A week ago in the same spot it was a Say’s Phoebe well east of it western range.
Like other phoebes, the rusty-bellied Say's Phoebe is common around people, often nesting on buildings. A bird of open country, it is found from Alaska through Mexico. Say's Phoeb
Small songbird; medium-sized flycatcher.
Upperparts pale brownish gray.
Belly and undertail cinnamon. Wags tail. 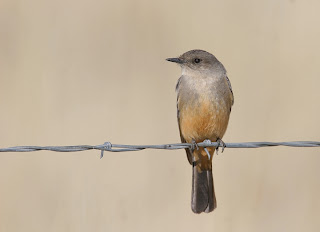 Description and last picture from Cornel University's world famous school of Ornithology.
Posted by troutbirder at 6:42 AM 15 comments: 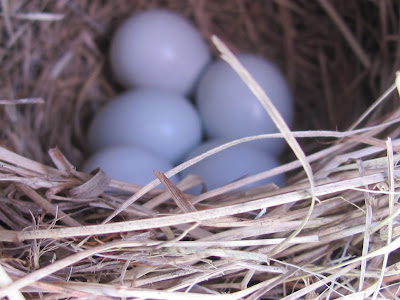 After a two year absence, a pair of nesting bluebirds showed up here in Troutbirderland. 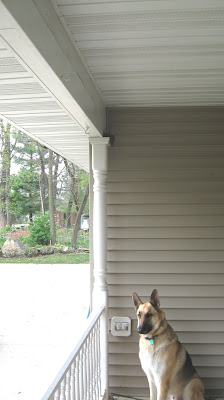 Even more astonishing, a pair of Eastern Phoebes have built a nest on our front porch. The nest is on the ledge right above Baron. Things are looking up. 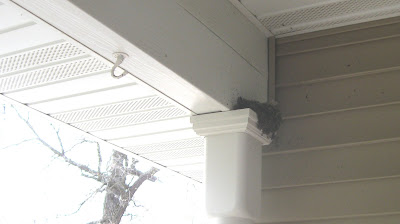 It was early spring a couple of years ago and I had made every effort to get my big puppy Baron to water retrieve. He wasn't at all keen about diving into fast running trout streams. A local deserted State Park with a nice sandy beach finally did the trick .... sort of. He made some nice retrieves till he got back to shore, whereupon he attacked the stick relentlessly. Pawing, biting and barking at it. As near as I could figure he must have thought it was a snake. GSD's are known for their intellignece. Sure!
Posted by troutbirder at 6:07 AM 19 comments: