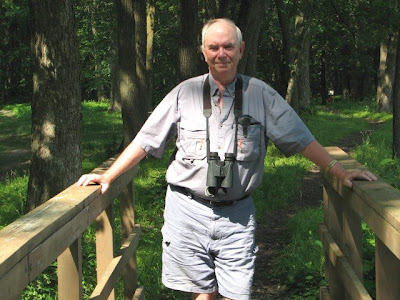 It’s fascinating how our interests can branch off in new directions. A satisfying experience, a good book, movie or television show can open our eyes to new experiences. For me, friends have often opened the door. A long time friend and tennis partner got me interested in prairie restoration and birding. My mother engendered a life long interest in reading and music. Camping, at Sawbill, opened my eyes to canoeing in the Boundary Waters wilderness. And on and on....
More recently, our friends Steve and Jewel traveled with us to France. It was my second trip but Steve’s ability to speak French allowed us to see France in a new and more intimate way. A morning in the Parisian suburb of St. Denis, with its cathedral rich in the history of the French monarchy, wouldn’t have been likely possible on our own without Steve. 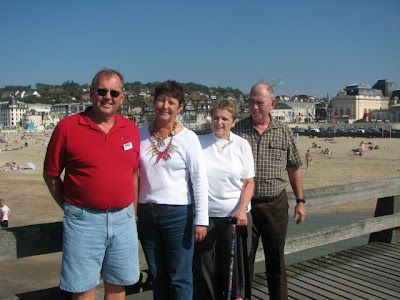 This week I opened up a new horizon, in a small way, for Steve. I had mentioned the cave/spring in Forestville Park that was the fount of one of my favorite trout streams - Canfield Creek. Although a lifelong resident of the area, he had never seen it and expressed an interest. We made the several mile trek through the woods to the site. In karst region of sinkholes and disappearing and reappearing rivers, the cave from which the stream emerges is a fascinating sight. The mouth lies at the base of a one hundred foot limestone bluff.
The trail to Big Spring Cave was once a narrow fishermans trail. Now with the expansion of the horse campground, that trail has been widened and graveled. We meet many horsewomen on the trail but no hikers or fisherman. 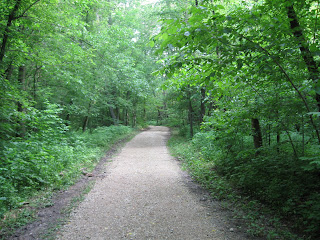 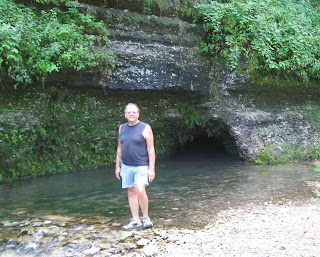 Some years ago, I was invited to help explore a newly discovered cave. Looking for new horizons, I quickly discovered that slithering on ones stomach, unable to turn around until you came to a "room" some yards ahead was an experience I didn't really care for. It wasn't panic claustrophobia that gripped me but it was an feeling I didn't like. Spelunking was a new horizon that I never repeated. 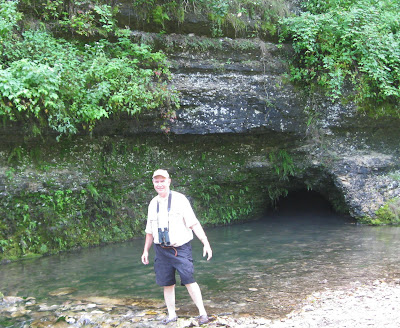 Posted by troutbirder at 1:55 PM