I'm wondering if it was a system wide malfunction as I lost my last post and so did my daughter in law???? I so look forward to the comments and their gone too...... oh well. I'll try again.

Since I gave up bird hunting (with a 12 gauge) due to a bum knee some years ago (now replaced) and took up birding due to the necessity of walking a large GSD...... I’ve been very lucky. 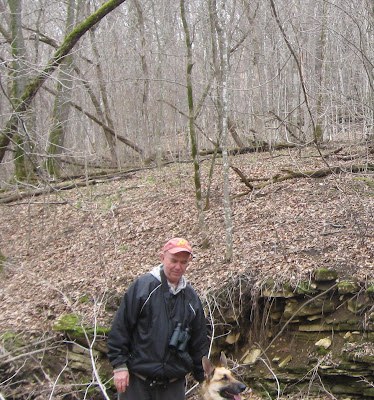 Birding has encouraged me to visit new places like State Parks and refuges.
Also new states like Florida. And met new and interesting people, like top ten Minnesota birder John Hockema. To top it off, this past month has brought some amazing bird sightings thanks to John and my birding mentor "Mr Science," Gary Erickson.
Here’s the story. I joined a state birding society called the M.O.U. (Minnesota Ornithological Union). They provide lots of information through their magazines and website. You can report your sightings and get a daily report on recent sighting by other Minnesota birders. You can check to see statewide and individual county descriptions as to whether a particular bird is common, occasional, unusual, rare or never been seen before. In May I got to see two birds that had never been seen before in my southeastern Minnesota county. The first was a white-winged Scoter who wandered in lost from the Pacific Northwest and beyond. The second was a Glossy Ibis whose northernmost range is in Florida. Even more amazing both birds were spotted several weeks apart by John on the same nondescript farm pond about 20 miles from where I live. I guess the moral is it pays to be lucky and have really good birding friends.... 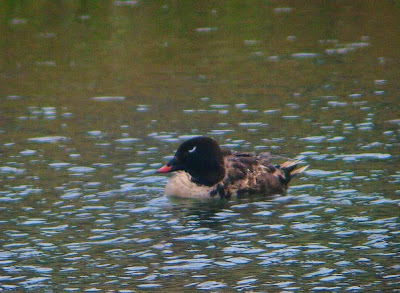 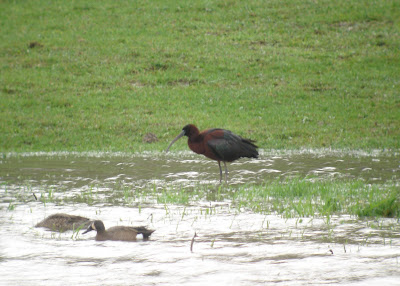