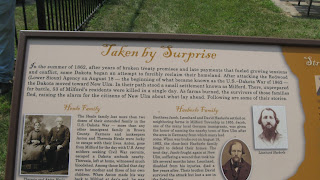 As a small group of soldiers and the many refugees who had fled to Fort Ridgely for protection fought off a determined attack twice, another group of warriors headed to the nearby town of New Ulm.  Our tour took us to New Ulm where we visited the New Ulm Artillery Battery.  This group participated in American Civil War battles except it  wasn't


formed  until 1863, one year after they could have definitely helped defend the town. 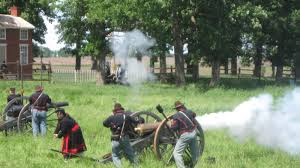 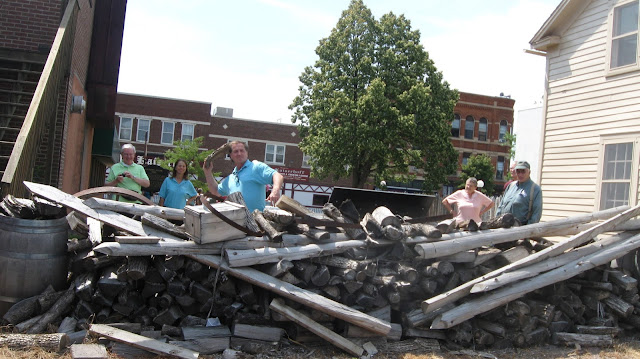 Members of our tour group including Mrs. T. on the right and John Grabko our leader stand behind a facsimile  of the barricade ready to defend New Ulm. Unfortunately, I was injured in the defense, tripping over a curb and falling flat on my face on the concrete sidewalk! Many of the settlers were of German ancestry and later we met one of them. His name is Herman the German and he stands on a hill overlooking the town. 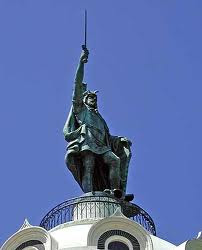 Later that afternoon we traveled to an area known as the Birch Coulee battle site. There on an open prairie a burial  party from General Sibleys force, that relieved both Fort Ridgely and New Ulm, camped on an ill chosen site only to be surrounded by a large Dakota force. Take a look as we did at the site. 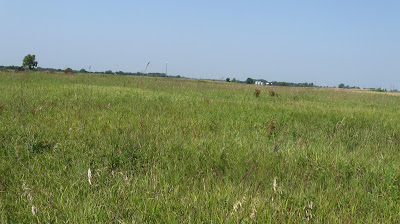 A thirty six hour fight saw the surrounded troop hold their own until the arrival of Sibleys army.  The battles that followed ended the uprising. As the Dakota were rounded up in their camps, many of those who had not participated in the war and even defended white settlers were marched off to Fort Snelling and interned there, later to be sent south to reservations in Iowa and Nebraska. Others fled west into the Dakotas and north into Canada. Drumhead military courts convicted over five hundred Dakota of murder and given the death penalty.  Abraham Lincoln was to determine their fate. That story next......

Posted by troutbirder at 3:50 AM