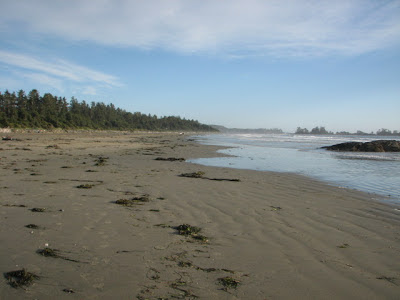 Yes, there are beautiful beaches on the Island. Some face east to the "Inland Passage." Others face west toward Japan. 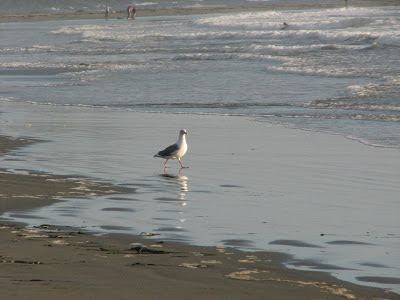 Some beachcombers stride confidently across the sand. This is familiar territory to the Herring Gull. 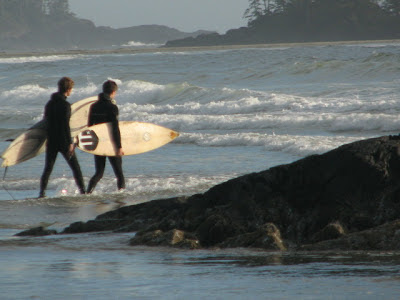 As the waves began to come up, surfers soon appeared. 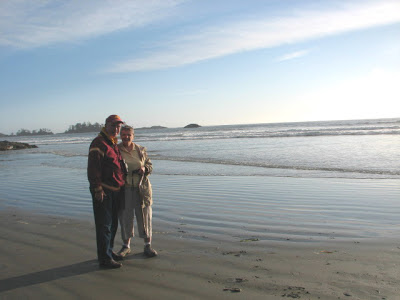 Others, the touristy types, huddle and tiptoe carefully, not quite knowing what to expect. 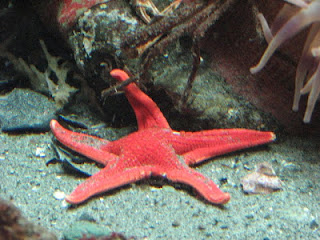 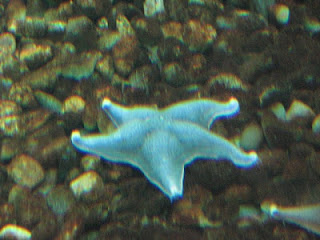 The tidal pools hold unusual treasures. Some like this starfish don't travel well, as when years ago our sons tried to sneak one back to Minnesota. The horrible aroma in the trunk of our car told of its demise. 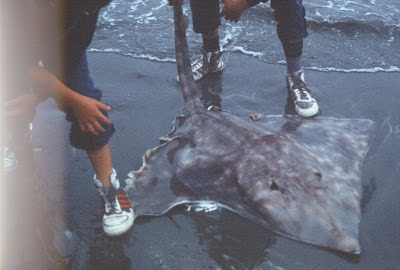 Then the boys also discovered a mantra ray washed up on shore early one morning. Needless to say that remained behind . In the same manner, one evening, Mrs. T. and I came upon a washed up squid. 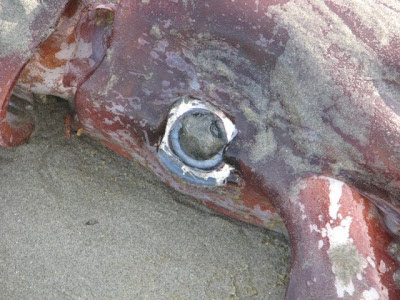 I soon had the feeling though I was being watched! 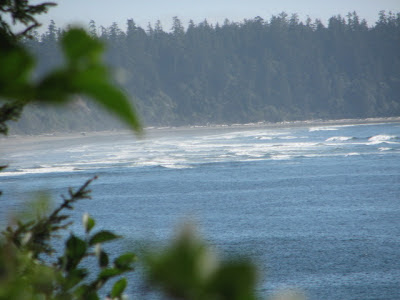 Further along the swells increased in size, 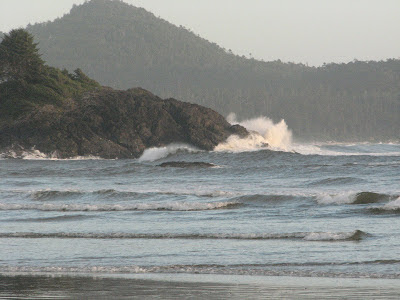 beating against the rocky shore. 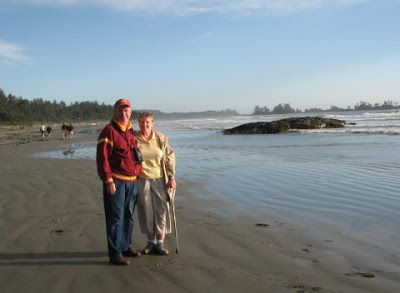 As the sun set in the west, we were a long way from home, at Pacific Rim National Park..... but its was worth every mile it took to get there.

Posted by troutbirder at 1:40 PM