On The Trail of Lewis and Clark 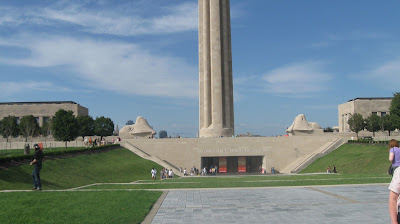 
Following our two day in the Kansas City area, where we saw the wonderful W.W. I museum and the childhood home of Amelia Earhart and a total solar eclipse, we headed up the Missouri River Valley on the Trail of Lewis and Clark. 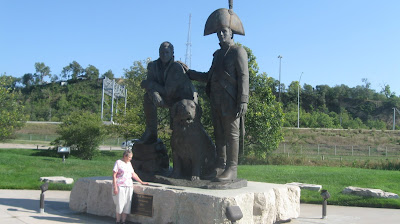 Lewis, Seaman the Newfoundland dog, Clark and Mrs. T.
Highlights along the way were a number of great museums particularly at Council Bluff and Sioux City, Iowa.  Also above Council Bluff is an interesting memorial to the only member of the  Voyage of  Discovery who died during the expedition. 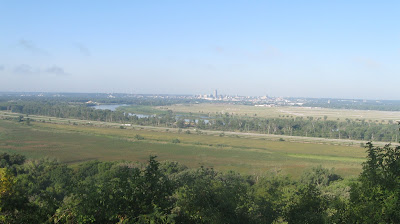 A view from the Sgt. Floyd memorial of the Missouri River and Council Bluff in the distance. It was here that the Captains made their first contact with native Americans. It was their task to make friends, develop trade and inform them of the authority of the "Great Father" (Thomas Jefferson) in Washington City. 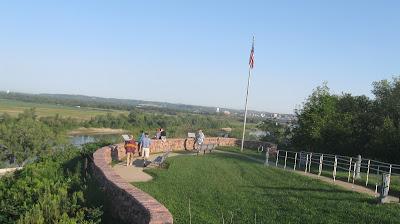 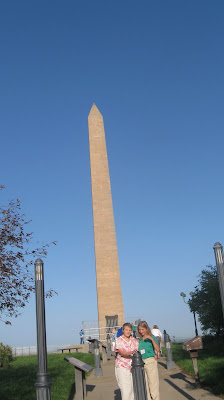 Mrs. T. and Susan Rae at the memorial.
Next: Meet the man who built the exact replicas of Lewis and Clarks keelboats for Ken Burns documentary on The Voyage of Discovery.
Posted by troutbirder at 8:37 AM