A Time In Between 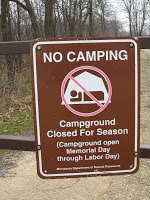 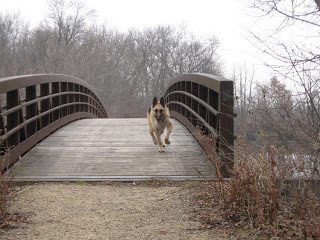 It was mid November. The land was quiet waiting for winter. The campground was closed till spring. The Park Rangers and campers and tourists were nowhere to be seen. The lake had a thin layer of ice now and the beach lay silent, neatly raked and smooth. The horse trails were empty and there was no need to keep Baron close and tightly leashed. He could romp and race following his nose wherever it led.          Over a century and a half  Minnesotas tall grass prairies and wetlands had largely disappeared. . Except for in a few special places like this. I was in Lake Louise State Park where the woods and wetlands and even the prairie still remained for a man and his faithful dog to take a hike. There was not an animal to be seen that day. Perhaps most of the birds were long gone to warmer climes. The feeling was almost spectral. And yet, it was beautiful in its own special way. A break between the prairie colors of fall and winter on its way. Baron wants to run but I'll walk slowly. He always checks to see that I'm not too far behind..

An Indian Summer Day On The Prairie
(IN THE BEGINNING)
The sun is a huntress young, The sun is a red, red joy, The sun is an indian girl, Of the tribe of the Illinois.


MID-MORNING) The sun is a smouldering fire, That creeps through the high gray plain,And leaves not a bush of cloud To blossom with flowers of rain.
(NOON) The sun is a wounded deer, That treads pale grass in the skies, Shaking his golden horns, Flashing his baleful eyes.
SUNSET)The sun is an eagle old, There in the windless west. Atop of the spirit-cliffs He builds him a crimson nest. 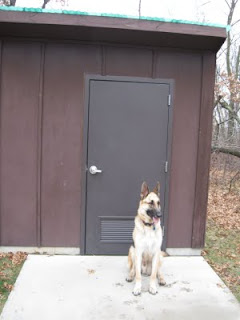 
Hey Boss! They locked up the bathroom for the winter. Now what are you going to do?  We'll head home, Baron. Winter is coming.....