When I first came to Bluff Country some 50 years ago, as a young schoolteacher, deer were quite rare in the area. Most deer hunters in southern Minnesota talked of "heading up North" to pursue their quarry. Since then the logged over boreal forests in the North Country have matured and the browsing conditions for tender young aspen have lessened. Thus, their are fewer deer in that region. Things have changed here in the South as well. The hunters now speak well of our "corn fed deer." Gardeners and Christmas tree farmers complain that the deer have become a major nuisance. My friend, Mr. Science, has to cover the leaders on his young pine trees in the winter to protect them from the deer. "They eat the tips like candy and breed like rabbits," he says. Last year one of our neighbors fed deer big time and I counted herds of 25 her barrel corn feeder, other bird feeders and white cedars and other shrubs for browsing. 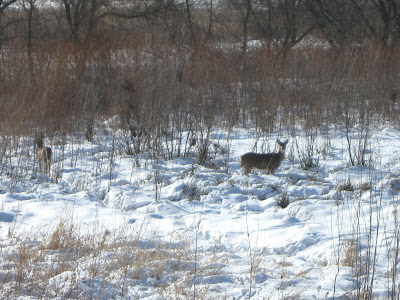 Another success story are the wild turkeys. I fished for trout and smallmouth bass on the local streams for many years and hunted pheasants and ruffed grouse before I ever saw a wild turkey. Then some bass were traded to Missouri for a few wild turkeys. They slowly spread from here, north to the central part of the state. Now I see more turkeys than pheasants. Spring turkey hunting season has become a big deal. 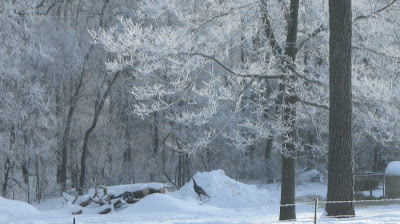 These turkeys live acoss the road in the Oak Woods. They do like those acorns. The fenced in area belongs to the goat family but I think in winter the turkeys find some leftovers.
And then their were the "extinct"  Giant Canada Geese. Turns out they weren't as extinct as people thought. A flock was discovered wintering happily in  Silver Lake in Rochester MN. There the water remains open in winter due to a power plant. Now the Giant Canada can be found everywhere, in the State munching grass happily on golf courses, city parks, suburban lawns and corporate landscapes. By the thousands, by the hundred thousands, by the..... well you get the idea. 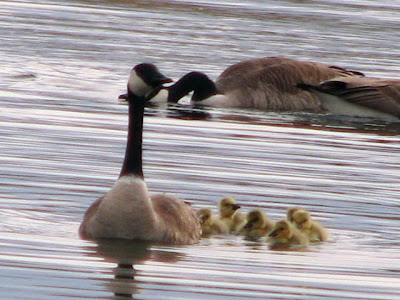 Finally is the story which I have written about many times. My favorite birds are our magnificent Bald and Golden Eagles. Except for their redoubts in Alaska and a small remnant in northern Minnesotas boreal forests, the Balds had all but disappeared throughout the lower forty-eight. Finally, protected as an endangered species, they have rebounded amazingly. Here, one county away from the Mississippi River, they were historically unknown. Now they live and nest here in Minnesota's Fillmore county the  only county without a lake in the Land of Ten Thousand. I see them everywhere year round. Flying over my house carrying pine branches to a nest only several blocks away. Sitting in my garden keeping watch on a deer carcass at the bottom of the hill. On top of a telephone pole across the street. 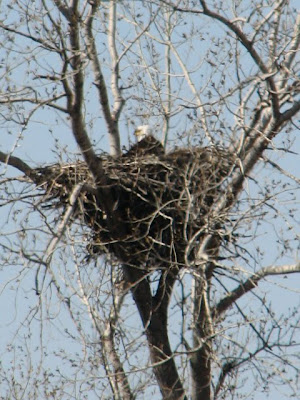 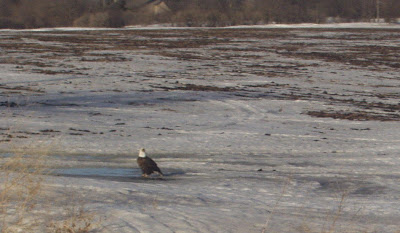 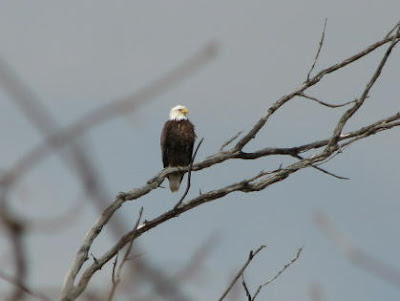 These pictures are all of my friends the Troutfarm Eagles. They are neighbors and live just over the hill.

These are a few of the iconic success stories in my own area. And for all of them I'm very glad. For many of the other animals including our song birds, I'm far far from encouraged. The purple martins who once swept from their condominiums over our lakes, the meadowlarks whose beautiful song reminded me it was time to get up and go to school as a boy, the warblers whose flashing colors danced about me as I waded our local streams, and countless others. There numbers and other have dropped precipitously to all time lows. I hope time and human concern will eventually foster their comebacks as well.  There are many causes for these drastic declines both here and in the migratory areas of  Central and South America.  One of the biggest causes here are the millions of feral and domestic cats roaming our towns, suburbs and rural areas.  Now something  can and should be done about that...... Troutbirder and his neutered, declawed free ranging ( only in the house) pal Simba. Who lived happily with us for eighteen years without killing a single bird..... 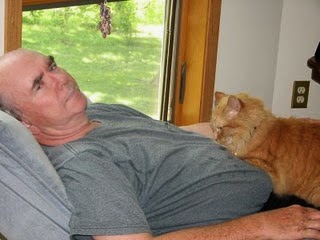 Posted by troutbirder at 8:00 PM