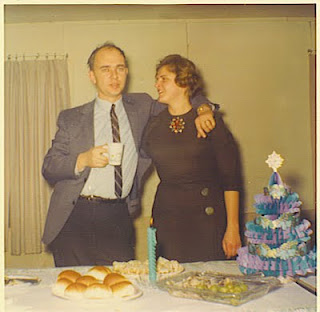 As everyone knows the early years of marriage usually require some adjustments and compromises. Facing and fixing a mechanical crises for first time homeowners can be one of them.

A clogged toilet is a case in point. In the days before equal rights for women had clearly taken hold it was definitely a "mans job." Mrs. T was "volunteered" as assitant and gopher. After much ado, she consented grudgingly. Further frustration and poor results followed the inexpert use of the plunger. The toilet plunger that is.... Loud voices were heard. Finally an ultimatum. "I'm going to call a plumber," she cried. I was humiliated.
The plumber arrived several days later (they are an independent lot). He was brandishing a "snake." 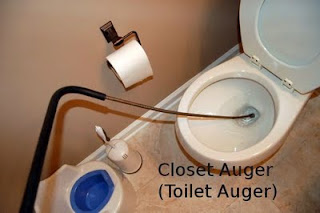 "That does the trick," he reported and left behind a large bill. Things were fine for a couple of days and then the problem reappeared. Although not recommended for septic systems, I resorted to extreme chemical measures.It had no effect whatsoever.

Mr Plumber was again called to the rescue. "My hero," seemed to be Mrs T's response. Yuk!!! Three days later.... again failure. This whole scenario was really starting to bug me. Fortunately, I took it out on the toilet. I called on a teaching comrade, who happened to be the handyman type as well as the physics teacher. He explained the mechanics of the thing and advised taking it apart.
I removed the toilet and set it in the bathtub. Yes.... the bathtub. Then I picked it up and turned it upside down. Some water came out and I also heard a "clink." Harking back to my childhood I remembered shaking my piggybank. "Aha... I've got a giant piggybank here," I thought. Much turning, twisting and shaking followed, until finally out came a toothbrush. 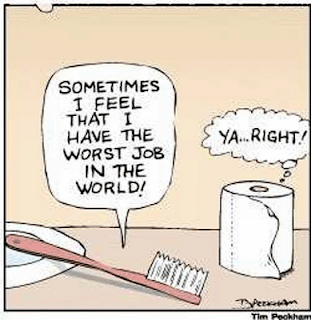 Dumbfounded, I then made a serious mistake. I yelled, in a not too friendly manner at my bride, lurking skeptically in the background. "HAVE YOU BEEN BRUSHING YOUR TEETH IN THE TOILET?" We obviously survived that misadventure. It wasn't until years later though I learned that a bucket of soapy water and toothbrush had been used to clean some tile in the kitchen. Toothbrush forgotten and water poured in the toilet.
Marital cooperation is always best but sometimes it can be a struggle......
Posted by troutbirder at 6:00 AM