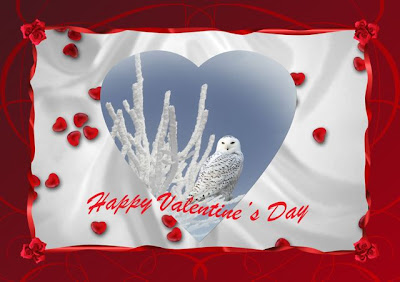 As all the birders know, this winter, from Maine to Minnesota, Montana and Washington State, there has been a big snowy owl irruption. These beautiful artic birds have been coming south in unusual numbers to the delight of many..... except me. It isn't that I haven't tried to see my first one. It just hasn't happened. So take a look at just a few of the many that Montanagirl http://girlinmontana.blogspot.com/ has been able to take. She is the greatest. 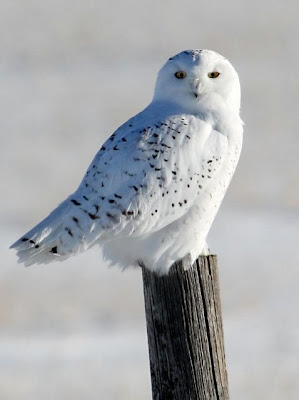 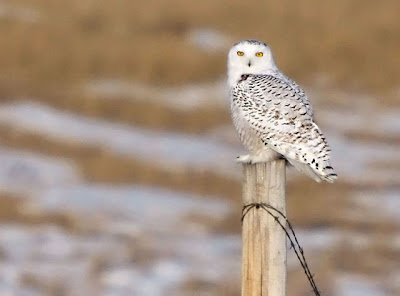 Although I had seen more than a few Great Horned Owls during my trout fishing days, it wasn't till a little screech owl showed up in a woodduck house that I'd placed in my woods, when I began paying close attention. 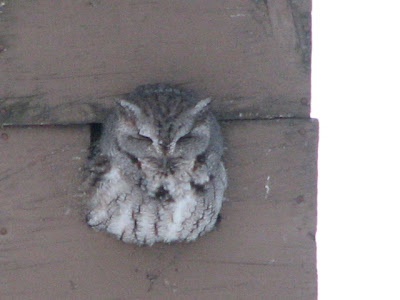 This Barred Owl, from LoieJ in Northern Minnesota, reminds me of the first one I'd ever seen. It was a more southerly version in Audobons Corkscrew Sanctuary in Florida. 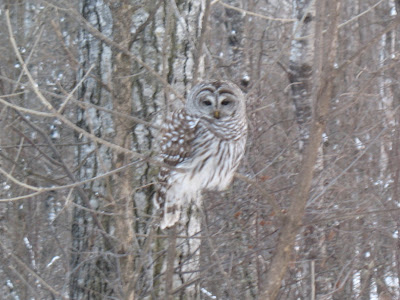 Many years ago when making our annual summer trip flyfishing in Montana, my youngest son and I did manage to see a great grey owl high in a Ponderosa pine above us. 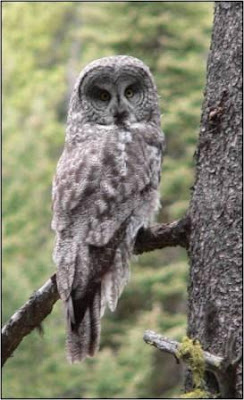 My most recent rare owl sighting came just a couple of weeks ago. I had joined topgun Minnesota birders, John Hockema, Andy Nyhus and Gary Erickson for the annual Golden Eagle survey sponsored by the National Eagle Center. A Golden Eagle didn't turn up on our assigned route that day, but amazingly Andy spotted a Long Eared Owl, buried in a dense thicket, as we zipped by in his pickup. With his highpowered camera, he managed to get the following photograph. 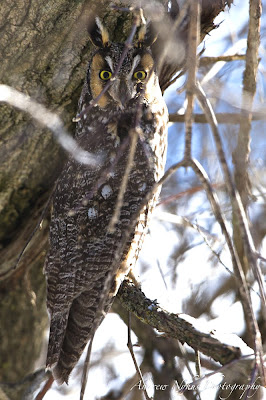 To see more of his work... http://www.andrewnyhusphotography.com/
The Long Eared Owl was a "lifer" for me. Owls - wise and mysterious. You gotta love them.....
Posted by troutbirder at 7:25 AM