The best and the worst of it! 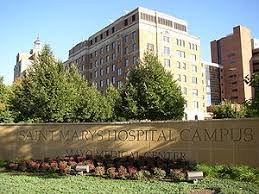 W. F. M. C.   The world famous Mayo Clinic. Their motto is the patient comes first.
Not always. Though they saved Mrs. T's life twice and rescued me from a very near to death experience once. I could write a book on that subject.
The worst:  Chapter 1. Like the time after Barb had been in the psychiatric lock up for three weeks. Came home for 2 1/2 days while she was freaking out. And they wouldn't admit her to the emergency room to send her back to  what she called" prison" because she said "I won't go in to that f**&*place because the doctors will send me to the nursing home!" Whereupon the two nurse/aides told me I would have to call the Rochester police dept. to get her in. I refused to do that until they decided to get there supervisor. When suit and tie guy arrived on the scene and repeated the bureaucratic mumbo-jumbo I began yelling at him for a bit, in front of a large audience were listening to this dramatic scene, when I lowered my tone of voice and said " sir I have a solution to your problem. Have your worker bees bring out a wheelchair and set it in front of Barb and me. I'll sit in it. And if they happen to mention that I might possibly be having a heart attack. It might all be good." It was. As my beloved Barb grabbed the wheelchair and push me ahead into the emergency room. Within a half hour the head doctor from Mayos psychiatric lock up arrived on the scene where or three weeks a tinkered with her meds and she was on her way to MEMORY CARE at Cottagewood. That's another story which I will relate on another morning when I wake up a little less cranky from thinking about my dealings with large bureaucracies, who don't always live up to their missions or even worse their promises. 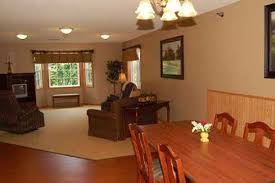 Posted by troutbirder at 6:36 AM