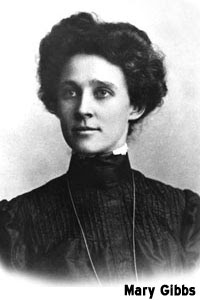 Buildings are usually named for people who have had long careers, but the new Mary Gibbs Mississippi Headwaters Center at Itasca State Park celebrates a brave young woman whose tenure at Itasca, although brief, had a significant impact on the park.
In 1903, at age 24, Mary Gibbs was appointed park commissioner (manager) at Itasca following the death of her father who was manager at the time. She served as commissioner for just three months in 1903, but what a tumultuous three months they were.
Mary loved the park and the river that ran through it-that tiny trickle that emerges from Lake Itasca as the Mississippi River and begins its meandering 2,552-mile journey to the Gulf of Mexico. Young Miss Gibbs felt it was her duty to keep the river flowing freely and the park pristine. When those core tenets were challenged, sparks flew, but the young park manager stood her ground. The saga of her daring stand against the powerful logging interests is one of the main focal points of the new center.
A COURAGEOUS STAND
To keep a logging company’s dam from flooding the lakeshore and killing the magnificent pine forest, Mary stared down the company foreman who threatened her at gunpoint. Mary eventually got her way. The logging company gave in, opened the dam, and lowered the water level. Thanks to her actions, the tall pines and lakeshore were saved. After she left Itasca, she spent the next 80 years of her life in Canada. Although Mary never saw the park again, she never forgot it.
MARY’S STORY FINALLY TOLD
Mary may not have forgotten the park, but her own story was nearly forgotten until 1991 when folksinger Charlie Maguire was commissioned to write songs about the history of Itasca State Park for its Centennial Celebration. His diligent research for information to use for a song about Gibbs led him to Mary’s family. Maguire spoke with Mary’s son who told him that she treasured two books, the Bible and a book about Itasca written in 1904 by the park’s first commissioner, Jacob V. Brower.
Maguire also discovered an album of photos Mary had taken during her time in the park. They provide a priceless record of life at Itasca at the turn of the Twentieth Century and have been reproduced for inclusion in displays throughout the Center.
Maguire’s research also helped him determine that Mary was the first woman in North America, and possibly the world, to manage a comparable park.
"I have carried the torch for Mary for almost 14 years," he said, "and I was constantly revising the song to include new information."
The song was part of the dedication ceremony on Saturday, Sept.10, and Maguire gave a concert at the Jacob V. Brower Visitor Center that evening.
In September, part of the park’s story came full circle when the descendants of Mary Gibbs came to Itasca for the dedication of the Center. 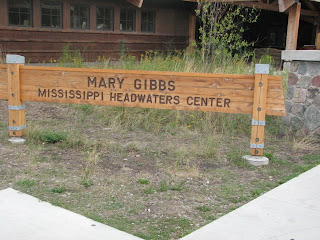 Itasca State Park is, perhaps, the crown jewel of Minnesota's many fine state parks. The survival of many of its magnificent Norway Pines can be attributed in no small measure to the courage of one young woman - Mary Gibbs. 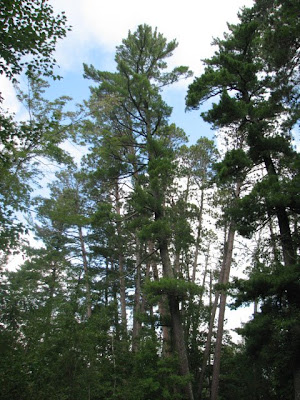 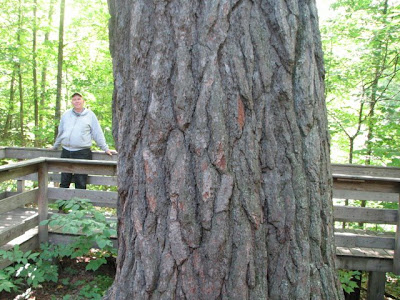 For more details on the Mary Gibbs story see - http://www.gcrg.org/bqr/10-1/gibbs.html
Posted by troutbirder at 6:17 AM