When I was a fledgling birder two years ago, I was a little puzzled when a more experienced birder used the term LBJ's. Being a retired history teacher I immediately thought of the former President. The term didn't fit the conversation we had been having about though about birds. Lady Bird Johnson I'm thinking. Not. Not her either. It was Little Brown Jobs. Like sparrows it turned out. 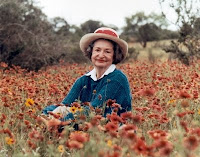 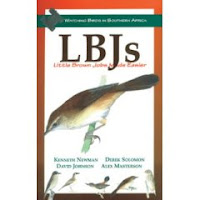 When Mr Chipping Sparrow arrived in my yard in late March that year, it was a first for me. By that I mean my first conscious effort to identify a sparrow as something beyond my previous notion that sparrows were brown little non-descript birds hardly worthy of notice. I noticed him, realized how striking he was and looked forward to the spring migration where I could identify as many sparrows types as possible. 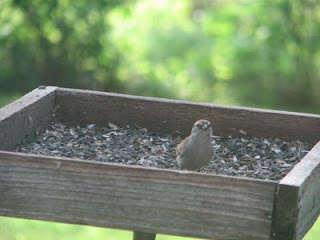 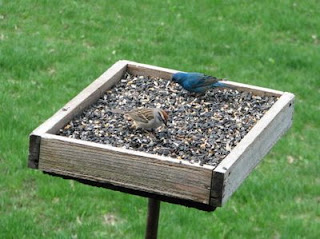 By May he was Chipping around with a friend. Mr. Indigo Bunting

Later, Mr Science (Gary), introduced me to Fox Sparrows. Bold and Bright, they were everywhere in his farmyard. 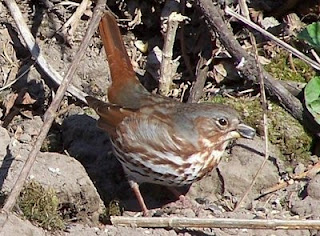 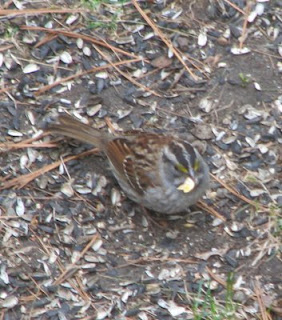 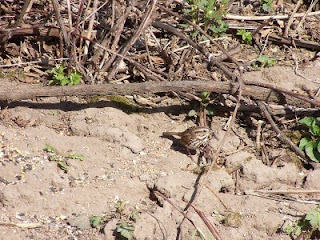 Tree Sparrow and a Junco hanging out below my platform feeder 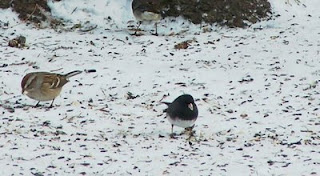 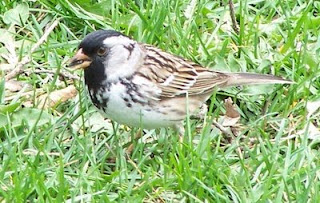 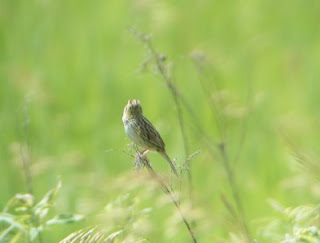 There are at least 35 bird species of sparrows in North America. Species of these birds can generally be located in five areas of North America. There are 15 species of sparrows, that can be found in most areas of North America, some more abundant and widespread than others. These are the American Tree Sparrow, Chipping Sparrow, Clay-colored Sparrow, Fox Sparrow, Harris's Sparrow, Le Conte's Sparrow, Lincoln’s Sparrow, Nelson's Sharp-tailed Sparrow, Savannah Sparrow, Song Sparrow, Swamp Sparrow, Vesper Sparrow, White-crowned Sparrow, White-throated Sparrow and the House Sparrow, which is now a common bird, first introduced to a New York City Central Park around 1850.
What an interesting and colorfull collection they make. Coming in a variety of shades and colors they can be found in many differents habitats. A world of birds unto their own. I can see I have my work cut out for me!
Posted by troutbirder at 4:47 PM