Sanibel Island is an island located on the Gulf coast of Florida, just offshore of Fort Myers. Sanibel is a barrier island – a collection of sand on the leeward side of the Gulf Stream from the more solid coral-rock of Pine Island.
The city of Sanibel incorporates the entire island, with most of the city proper at the east end of the island. After the Sanibel causeway was built to replace the ferry in May, 1963, the residents fought back against overdevelopment by establishing the Sanibel Comprehensive Land Use Plan in 1974 helping to maintain a balance between development and preservation of the island's ecology. Sanibel is rapidly becoming a popular tourist destination known for its beaches, shelling, and wildlife refuges. More than half of the island is made up of wildlife refuges; the largest one is the J.N. "Ding" Darling National Wildlife Refuge. It was to that refuge that we headed on our first full day in Florida 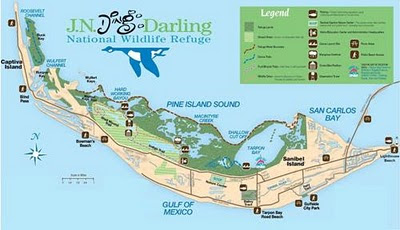 The day began somewhat inauspiciously, for there was a heavy drizzle as we left Fort Myers for the island. Upon arriving in the refuge my three eager companions jumped out of the car, cameras and binoculars in hand. More cautious, I took a few pictures after rolling down the car window. I noted a white ibis, but the bird on the left eluded my ability to identify it. If the sun didn't come out, this was going to be a long day. 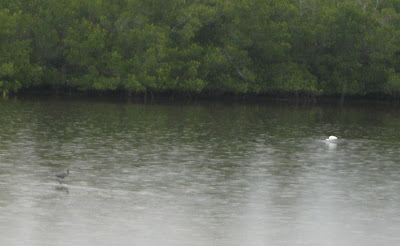 The silhouette was my only clue as a little grebe paddled by... 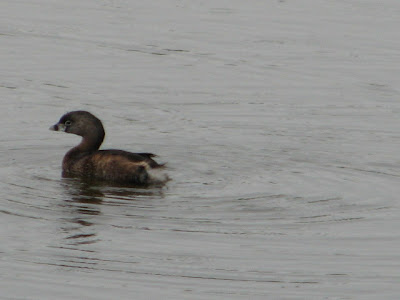 We progressed down the refuge road a bit, with the rain gradually letting up a little. With the help of another birder along the road, we were able to identify a willet. Another one of the many "lifers" I was to see over the next few days. 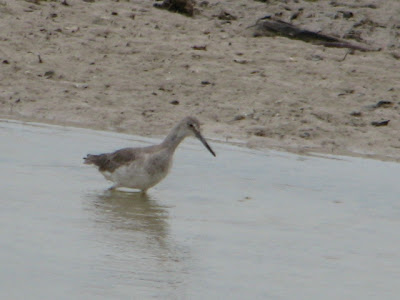 We saw many snowy egrets all along the road that day. 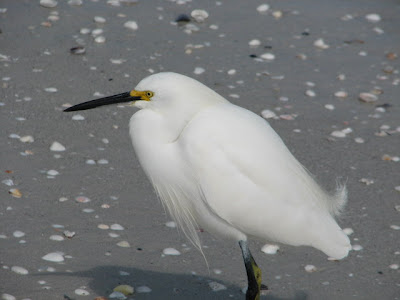 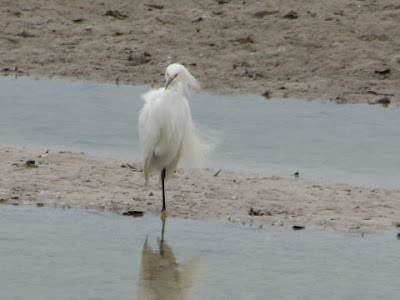 As few minutes later, as the sun finally came out, Mrs. T spotted a Great White Egret hidding in heavy cover along the ditch. Hurrying over to investigage, I realized there were hundreds of Egrets and Herons well hidden in the same ditch. An amazing sight! 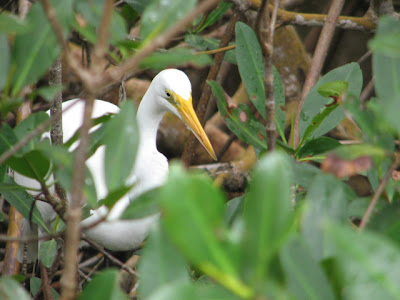 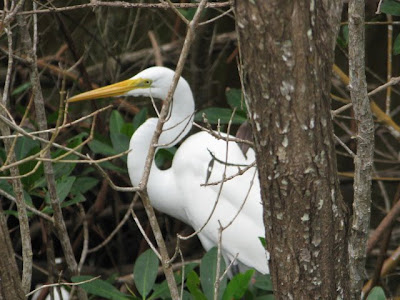 A flight of white pelicans lands on a sandbar, while several roseate spoonbills soared overhead. There were hundreds of small shorebirds on every sandspit, but distance and inexperience on my part made identification impossible. 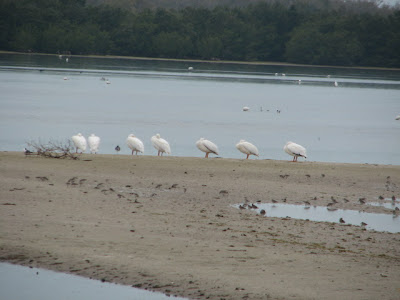 Naturally the big birds, like this brown pelican were a lot easier. 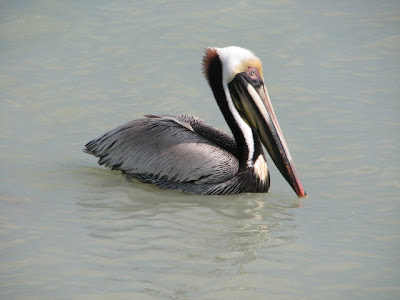 My 1965 Peterson field guide showed this bird as a likely Louisiana Heron. It was way out of range, however, and it wasn't till I got home and looked at my big Sibley that I realized the range had expanded to Florida and the name had been changed to Tri-Colored Heron. 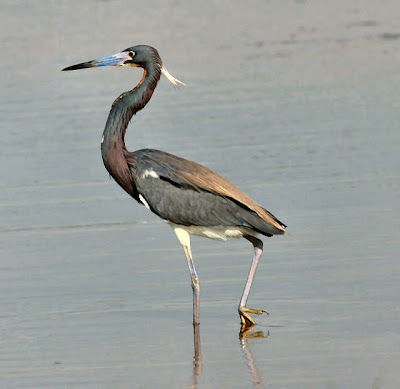 New birds were appearing everywhere. Some really hard to identifiy. The curved beaked White Ibis was a favorite. 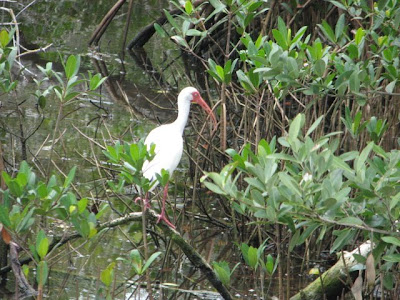 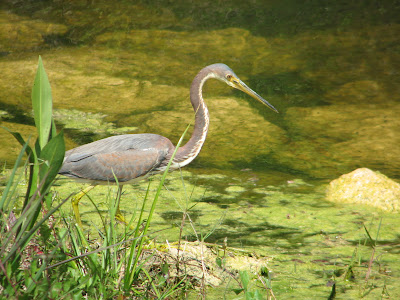 One bird was running crazily thru the water stirring things up. It wasn't till I read that the Reddish Egret often moves "drunkenly" across the water that I pinned it down. 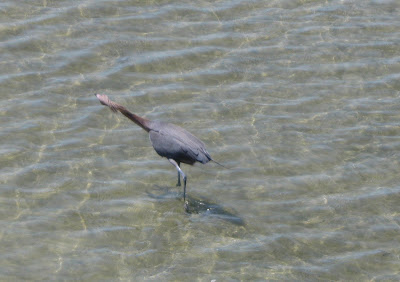 A Little Blue Heron stood stock still in the marsh 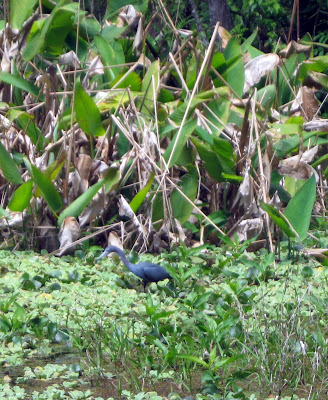 A Black Crowned Night Heron hiding very cleverly in a thick shrub along the road. 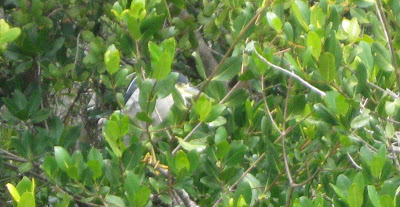 A Great White Egret standing proudly along the shore. 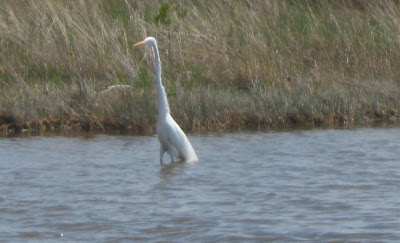 It took us all of the morning and part of the afternoon with countless stops to cover the refuge road. Exhilerated but also exhausted we stopped at the famous Island Cow restaurant on Sanibel for a late lunch. What a day it had been! 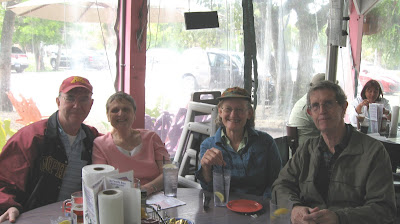 Posted by troutbirder at 9:48 AM