Corkscrew Swamp Sanctuary is owned and operated by the National Audubon Society. I would rate it on a par with the Ding Darling National Wildlife Refuge on Sanibel Island. Since the wildlife refuge is on an island it attracts enormous amounts of waterfowl and shorebirds. The sanctuary is on the mainland and has several different ecosystems. Thus there are a large variety of plants, animals and birds. Come on along as we take a look at some of highlights of our visit to Corkscrew. 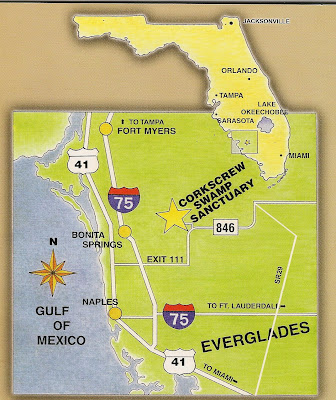 We followed a 2.25 mile boardwalk. At a slow walking pace it should take you about 2 hours. We took between 5 or 6 hours which would be a clue as to how many interesting sights there were and the number of photos we took. 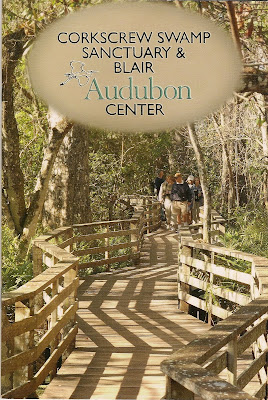 It was early and very few people were around yet. An almost eerie feeling settled over us as we headed into a forested swamp. An occasional bird call sounded in the distance, then we heard something akin to a roaring bellow. Is that an alligator we all wondered? We didn't know for sure. What else could sound that big and dangerous? 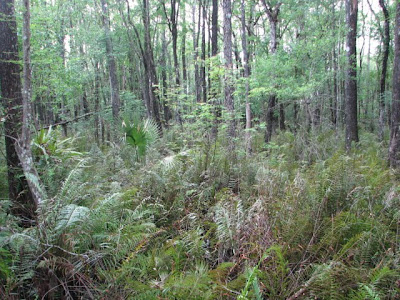 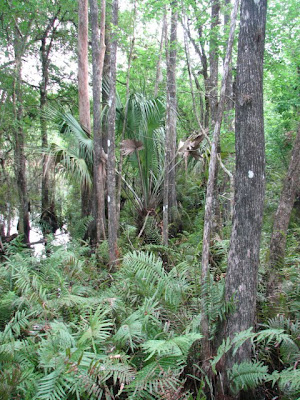 "OMG! There's one right next to the board walk!" "Not to worry dear, he's headed the other way." Actually, I think gators and cats have a lot in common. They seem to sleep a lot. 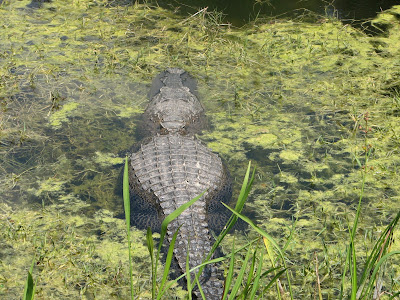 We soon entered a drier more wide open area and birds began to appear all around us. 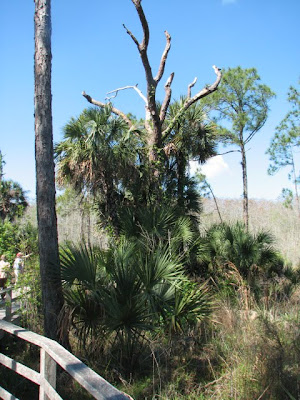 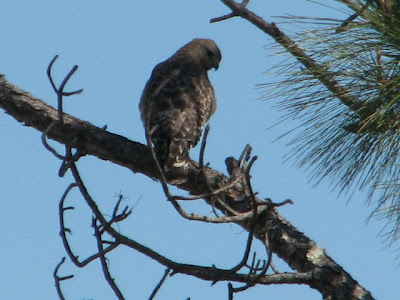 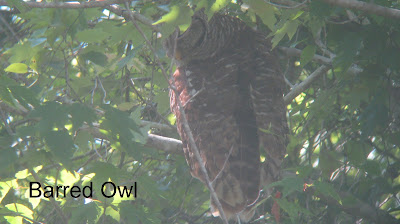 And later, an Eastern Screech owl that blended in so well, people couldn't see him even after I pointed him out to passersby. 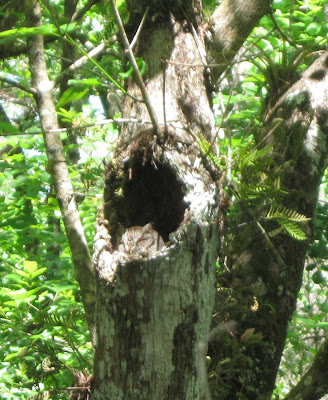 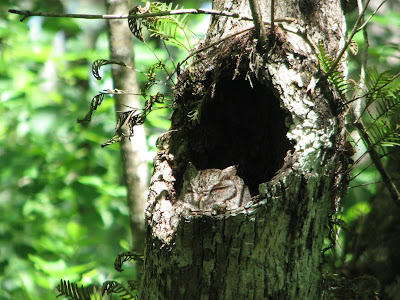 You will have to look even closer to spot the next fellow. It was a limpkin, blending into the grasses in the swamp. 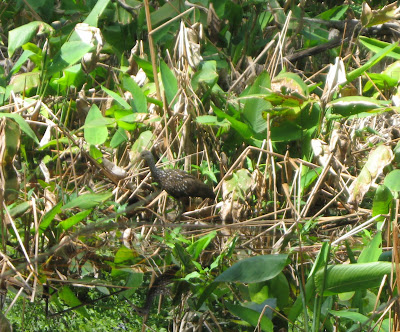 Far easier to spot were the painted buntings. As a matter of fact we saw four of them. Leaning over the railing people would stop to see what I was looking at and then pronounce it to be a fake..... till it moved. "Oh my," was a typical reaction. Or, "it looks like it was pained by an artist." All I could think of was "WOW!" 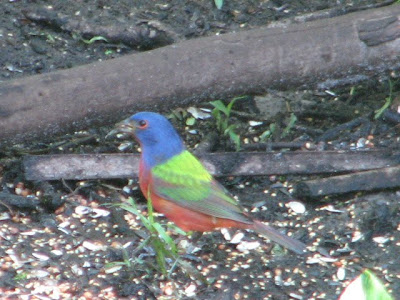 There were other birds and beautiful plants and flowers, butterflies and strange insects and amphibians. I think to best describe Corkscrew, I would say it was a place of enchantment. At least it was to me. Perhaps I can talk Mrs. T into going back there again some day. 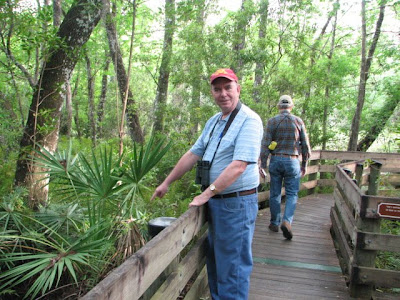 Posted by troutbirder at 7:50 AM