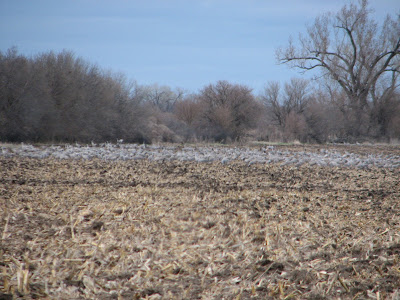 We were on our way to babysit in Colorado a few weeks ago. Our halfway overnight is usually at Grand Island Nebraska in the Platte river valley. Arriving a little early and having had supper already, we opted for a short jaunt along the river. The result was amazing as hundred of thousands of sandhills cranes were seen everywhere in the fields along the river. They seemed especially partial to picked cornfields. From here, after feeding and resting for a bit they would eventually head north as far as Canada and even Eastern Siberia. 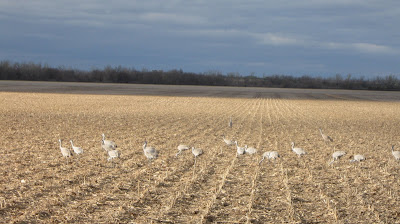 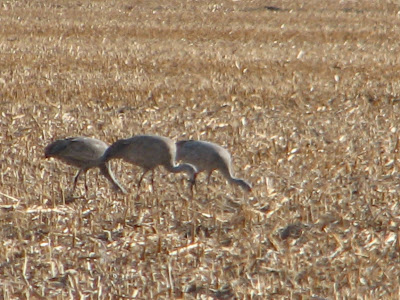 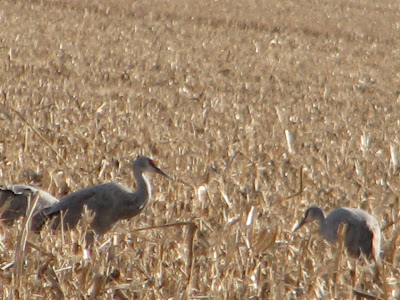 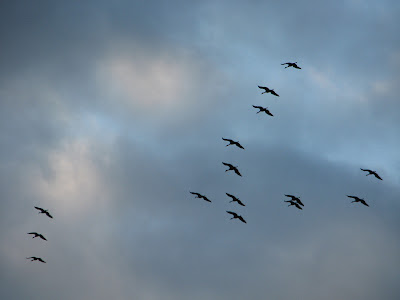 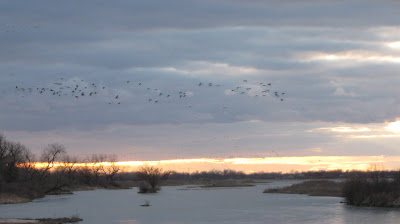 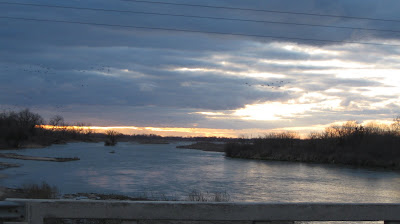 There is symbolic as well as actual beauty in the migration of birds. There is something infinitely healing in the repeated refrains of nature--the assurance that dawn comes after night, and spring after the winter.--Rachel Carson

Posted by troutbirder at 5:20 AM