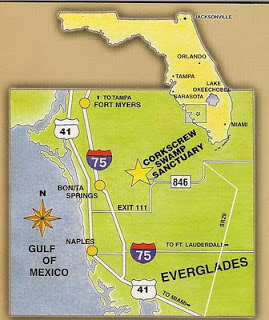 Corkscrew Swamp Sanctuary is owned and operated by the National Audubon Society. It was established to protect the largest remaining stand of ancient bald cypress left in North America. This process of saving the stand began in the 1950's, although protecting the wading birds that nested within the swamp had been going on the early part of the 20th century. The sanctuary is on the mainland north and east of Naples, Florida.  It has several different ecosystems and thus different habitats for the birds, plants and animals who live there. This was our third visit to this place of enchantment. Come on along as we take a look.

We followed a 2.25 mile boardwalk. At a normal walking pace it should take you about 2-3 hours. We took about 6 hours, which would be a clue as to how many interesting sights there were and the number of photos we took.  This was our second visit with our friends Gary and Rosie. 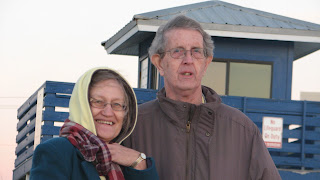 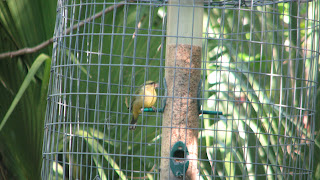 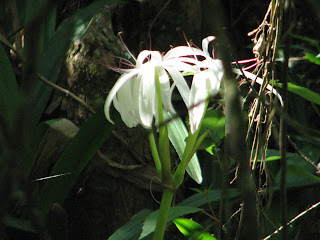 Although the water level was very low due to a prolonged drought a swamp lily was spotted. 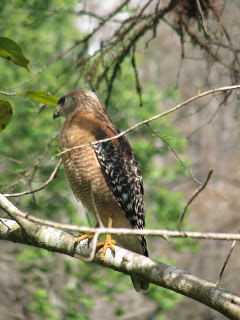 We must have seen at least ten Red Shouldered Hawks including a pair that were very romantically inclined. 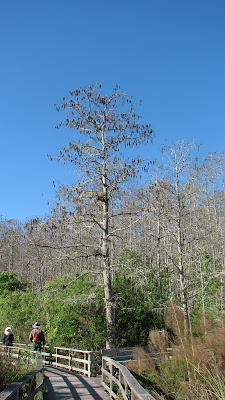 All in all if you want to see natural Florida at its very best Corkscrew Sanctuary is the place to go.... 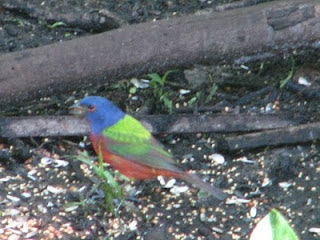 Posted by troutbirder at 7:09 AM