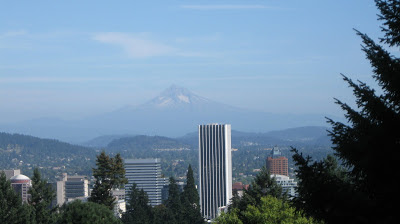 Portland with Mt. Hood in the distance.
To a Minnesota gardener there is something very strange about Portland. Everything growing seems "supersized." From my very first visit to my cousin Roger and his wife Marky's home, several years ago, it struck me how lush everything seemed. Roses bushes ten feet tall and covered with blooms. Shrubs more like small trees.

Portland lies in the Marine west coast climate region, marked by warm, dry summers and rainy but temperate winters. This climate is ideal for growing roses, and for more than a century, Portland has been known as "The City of Roses" with many rose gardens—most prominently the International Rose Test Garden.
This trip we visited Portlands famous and equisite Japanese garden, a vinyard, and Fort Vancouver. It is the neighborhoods that astonish most of all though. Just walk around the block and you see beautiful flowers everywhere! 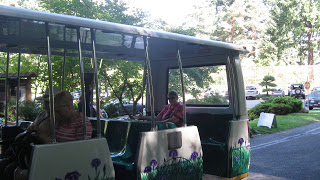 Several weeks yet before her knee replacement surgery, Mrs. T hops a ride on the tram to the top of the Japanese garden. 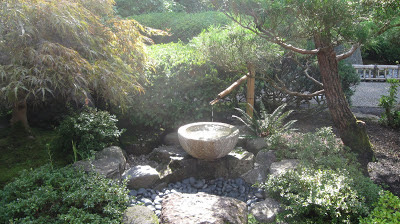 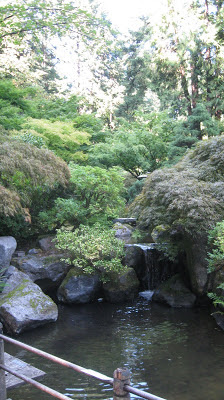 Cousin Roger and Markie lead us on a tour of an Oregon Vineyard. Somewhat to our surprise this region has a growing wine industry. 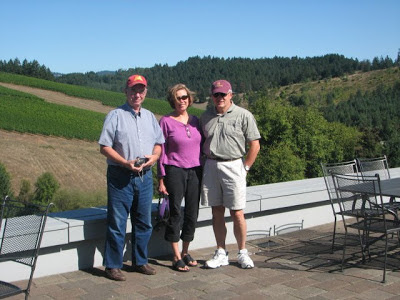 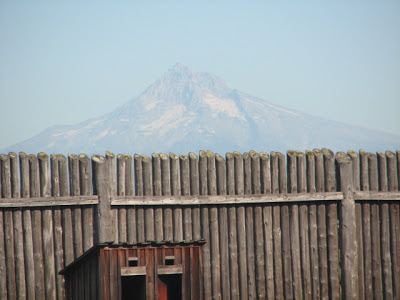 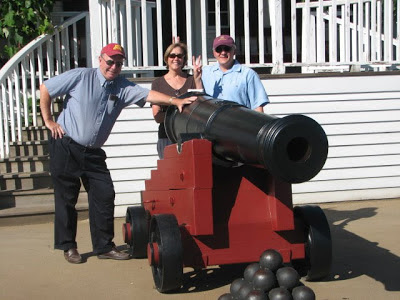 Later, they had dinner at the Grant House on officers row. Here future General U.S. Grant lived during his 1850's service on the West Coast. The food was very good and later we met a young woman who was dressed to take part in a parade commemorating that earlier era. 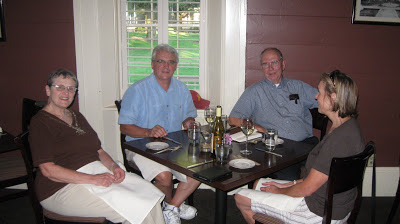 As you can see we had a "beautiful" time in Oregon. Thanks to Rog & Marky
Posted by troutbirder at 12:42 PM