We've been to Vancouver Island B.C on the Pacific Coast in Canada three times. Why not as it was our honeymoon destination fifty years ago this year. Our second visit was with our teenage sons and the final one just after both of our retirements from teaching. Yes, following the advice of Abraham Lincoln's sometime critic, editor and publisher Horace Greeley we like to "go west".   We had headed out  in that direction and you're invited to come along. The actual was three weeks and over 6,000 miles of driving, but we can definitely say we had a great time.

We left early Sunday morning, Sept. 13th, heading west on I-90 to Spearfish in the beautiful Black Hills of South Dakota. The next day it was across the vast open spaces of northeastern Wyoming and then the Big Sky country of Montana. The second night found us in Missuola, Montana. 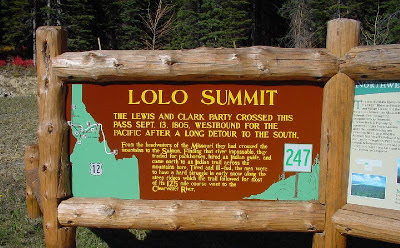 At Missoula, we connected with U.S. highway # 12 and turned west following the track of Lewis and Clark up and over the Bitterroot Range, through the Lolo pass. This found us in northern Idaho, where we followed the Lochse River to its near confluence with The River Of No Return ( The Middle Fork of the Salmon) at Lewiston. This gorgeous country was and is still the home of the Nez Perce. They, who had saved the Corps of Discovery from sure disaster and who seventy years later were harried across the West by the U.S. Cavalry. 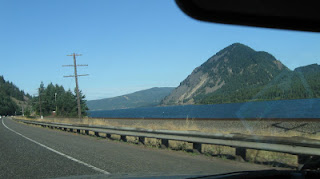 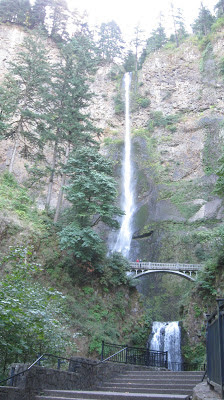 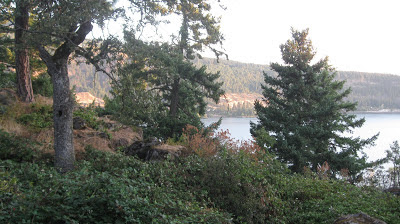 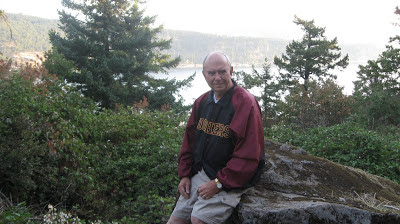 After passing thru the irrigated semi-desert country of western Washington State, we came up the mighty Columbia River and its spectacular green-bedecked gorge. We spent that night on the south rim at Hood River, Oregon. A great nighttime view from our motel allowed us to see the twinkling lights along the river below.


The next morning we headed to Tigard, Oregon for a stay with my cousin Roger and his wife Marky. Tigard is a suburb of the "City of Roses," Portland. 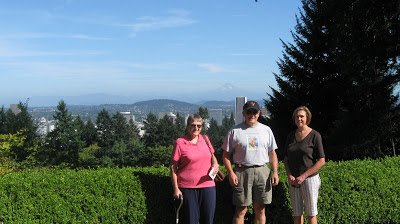 Posted by troutbirder at 2:21 PM