Hersh  told what really happened in the Vietnamese village of My Lai. It was a mass murder of civilians by a company of American soldiers. 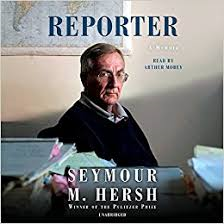 Oops! Well I put this book review on the nature blog rather than Troutbirder II.
Think I'll just leave it here...:)