I haven't  gotten out flyfishing as much in recent years as I have in the past. There were several reasons for this but  the main one initially was my slowly increasing vertigo.  Falling in a fast-moving Rocky trout stream was a recipe for disaster. As Mrs. T's dementia based wondering and agitation grew, it all fit together. 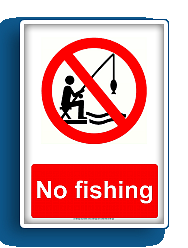 Instead we took up Woodland walks. It's it was quiet... really quiet except for the birds having there spring fling. Warblers everywhere. And others almost beyond counting. What a setting. Take a look. 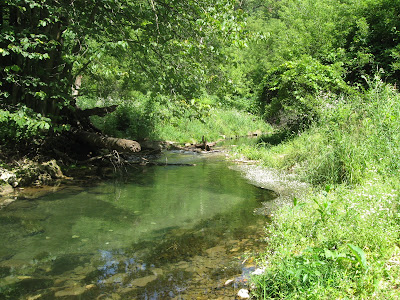 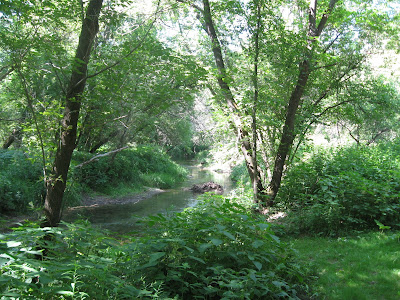 I don't think having a large GSD dog romping around thru the woods in front of you is standard birding technique. Still, years of upland game hunting for pheasants and ruffed grouse made it seem quite normal to me. Baron  flushed the tiny birds and they often flew in my direction as not.  I knew where to look for them with my binocs as they landew in nearby trees. 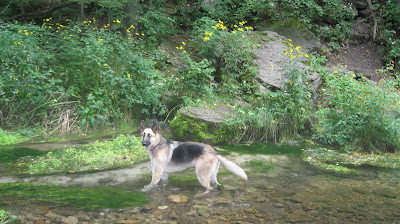 I watched carefully when he startsed sniffing the ground too carefully. Chasing deer is not acceptable. Then, as he and I learned later in the fall, investigating skunks isn't so great an idea either. 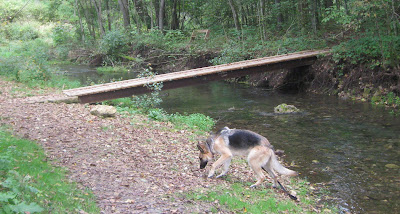 These crystal clear, cold streams, orginate from springs. This limestone (karst) region is full of disappearing rivers, caves, sinkholes and bubbling springs. Here is one in a nearby state park. Water cress is often an indicator of such a spring. 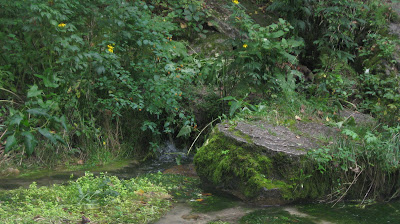 We came a spot where two streams joined. The water   deep . Baron swam across and looked back expecting me to follow. Fortunately their  an old abandoned bridge, which carried some long forgotten road. Now it allowed  to easily reach the other side. 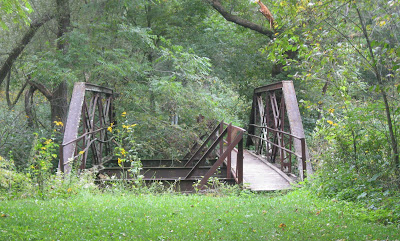 I did see some nice brown trout along the way.  In the meantime, we headed back to the camper. Mrs. T. mentioned something about  hot dogs for dinner. Come on pup. Time to go. 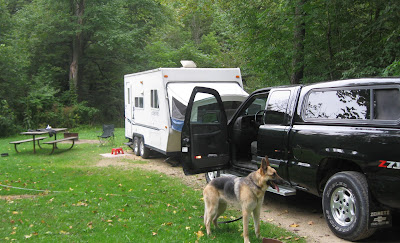 Posted by troutbirder at 5:00 AM