I saw a woodpecker this morning at my suet feeder and it was one I’d never seen in my yard before, much less in the middle of January. Still, we’ve had a lot of different species of poodweckers here over the years. Here’s an accounting…..


Most common are the look alike Downy’s and Hairy’s.  The latter are about one/third bigger.  They are both at my suet feeders year around with the Downy’s somewhat more numerous. 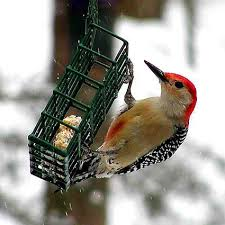 Next, also year around and fairly common are the red bellied woodpeckers.  This has been so for at least 15 to 20 years now but represents a big change from the past. They have gradually expanded their range while replacing the red headed woodpecker. 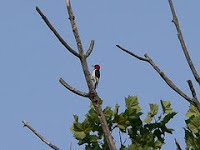 Redheaded woodpeckers have now become occasional, even rare visitors,  in our woods. This appears to be true thru much of southeastern Minnesota were they were once common. The reasons for this change seem to be unclear… 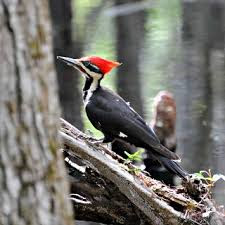 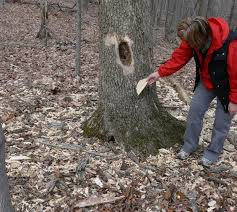 I have seen Pileated Woodpeckers in my yard about 5 times in fifty years of living here on Oak Hill.  They are a deep big woods bird more common in the few remaining tracts of river bottoms and State Parks and Reserves. They are found in such places years round.  One of them really stands out in my memory. Some years ago I had a very large black cherry tree next to my house.  Looking out our  living room window into the backyard, I noticed piles of woodchips surrounding that tree.  Thinking a possible vandal had gone amok with a chainsaw, further investigation revealed it had been a pileated woodpecker at work.  Turned out the tree was mostly hollow and teeming with huge black carpenter ants.  Since it already leaned abit toward our house I had the tree removed and owed The Pileated Family a debt of gratitude for revealing our danger. I had to go far afield to see my first Lewis woodpecker. Named after the undaunted explorer Merewether Lewis it is a Western bird who range extends only as far east as the Badland of South Dakota. That's where I saw it along with a Clarks Nutcracker a member of the Jay family.
Lewis and Clark as it were....:) 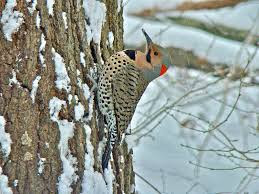 Yellow shafted Northern Flicker (a ground hunting for insects member of the woodpecker family)..  Quite common here except in Winter. Today I saw one at the suet feeder.  January 15th amazing….:) 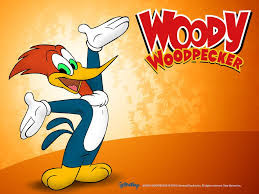 Posted by troutbirder at 7:52 AM