A sad day today as we attend the funeral of Lily's master, Steve, who passed on after a long two year struggle against pancreatic cancer. It was a fight against some long odds with less than a 6 percent survival rate after 5 years.  Steve and his wife Jewel have been friends with us for a long time.  Dairy farmer Steve and I shared a common interest in basketball, history, good books and a curiosity about the world at large.  Memories of some happier times shown below….. 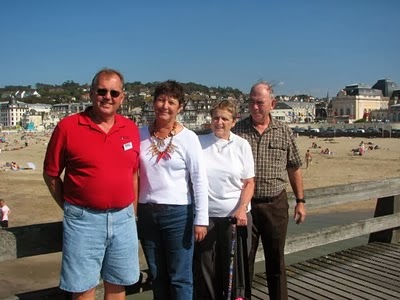 On the beach in Normandy, France. Steve made this trip easy as he spoke fluent French.... 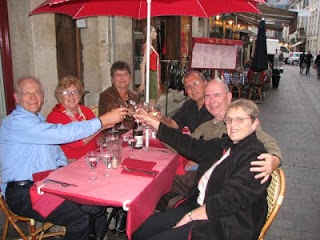 Dinner at a sidewalk café in Tours, France. 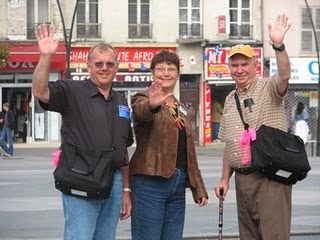 In St. Denis, a suburb of Paris and visiting the famous Cathedral where most of the Kings and Queens of France are buried. 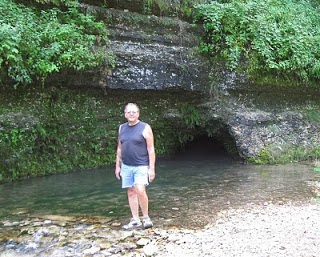 Checking out a cave and trout stream in Bluff Country 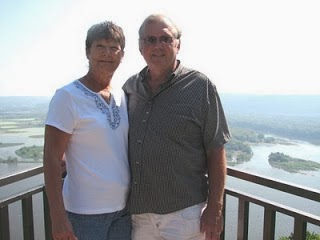 High above the Mississippi River at Pikes Peak, Iowa. 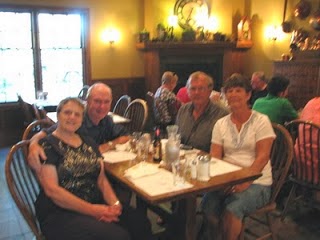 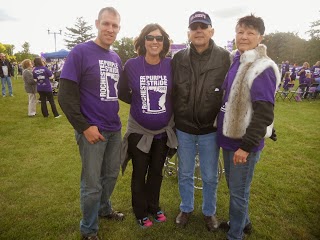 At the Purple Stride walk to fight pancreatic cancer with daughter Megan and son in law Chris.   The motto is,  Know it. Fight it. End it. 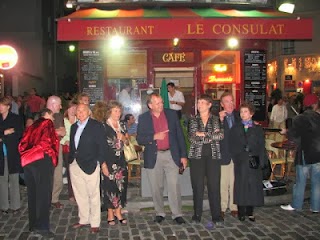 Fond memories forever,  as I snap a shot of Steve and Jewel waiting for the bus after our evening at the Moulin Rouge on the Montmartre, Paris,  France.
Posted by troutbirder at 4:45 AM