Troutbirder and the Tiger 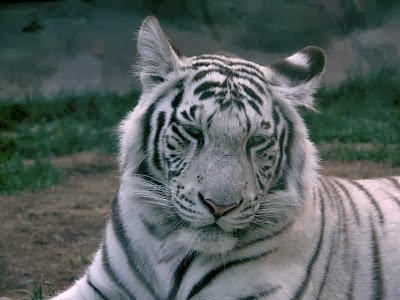 The Tiger by William Blake


"Tiger Tiger. burning bright,In the forests of the night;


What immortal hand or eye.Could frame thy fearful symmetry?


In what distant deeps or skies.Burnt the fire of thine eyes?


On what wings dare he aspire?What the hand, dare seize the fire? " 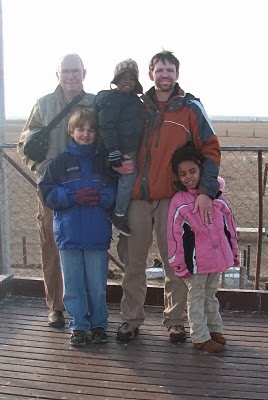 As a follow up to my “pot luck” animal posts I present Troutbirder and the Tiger.   Thus, we were heading an hour south and east of Greeley, Colorado with son Tony and the three grandchildren,  to the Rocky Mountain Wildlife Sanctuary, where large exotic carnivores like tigers and lions were rescued from lives of misery and abuse and given a place to live in peace. 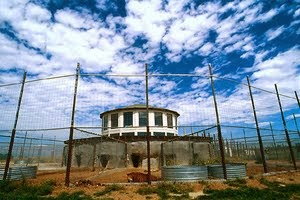 As we turned off the graveled road and entered thru a gated cyclone fence, large signs proclaimed the rules. You should not slow down nor stop along the fences leading uphill to the buildings. The animals should not be disturbed or approached in any way. We knew right then that it was going to be different than as zoo and it was. 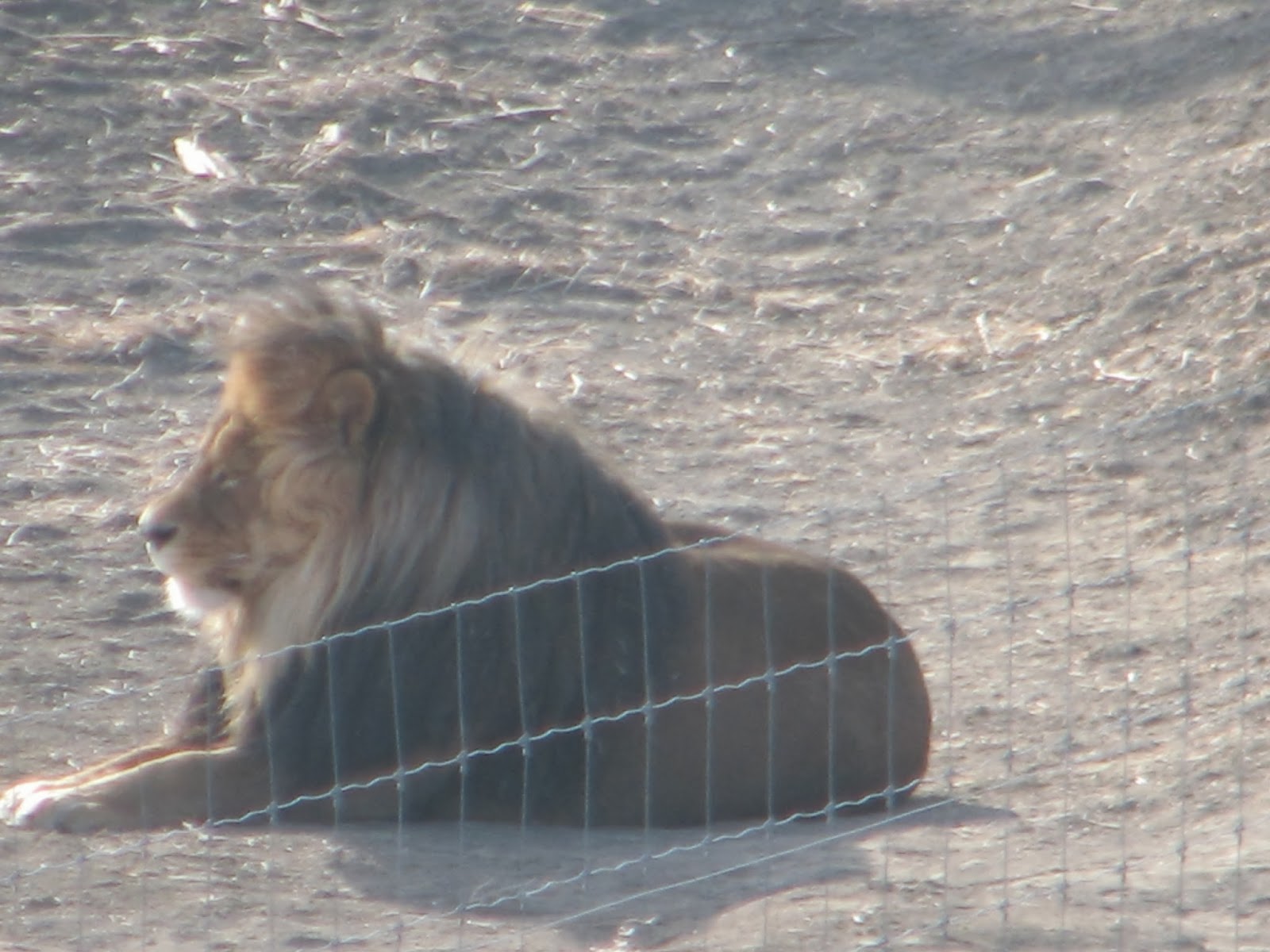 It wasn’t a natural setting for these neglected and unwanted animals but they were well cared for, allowed to roam the dry prairie landscape with others of their kind and each ones history was described in the visitor center, which was part of the viewing platforms, high above the animals. 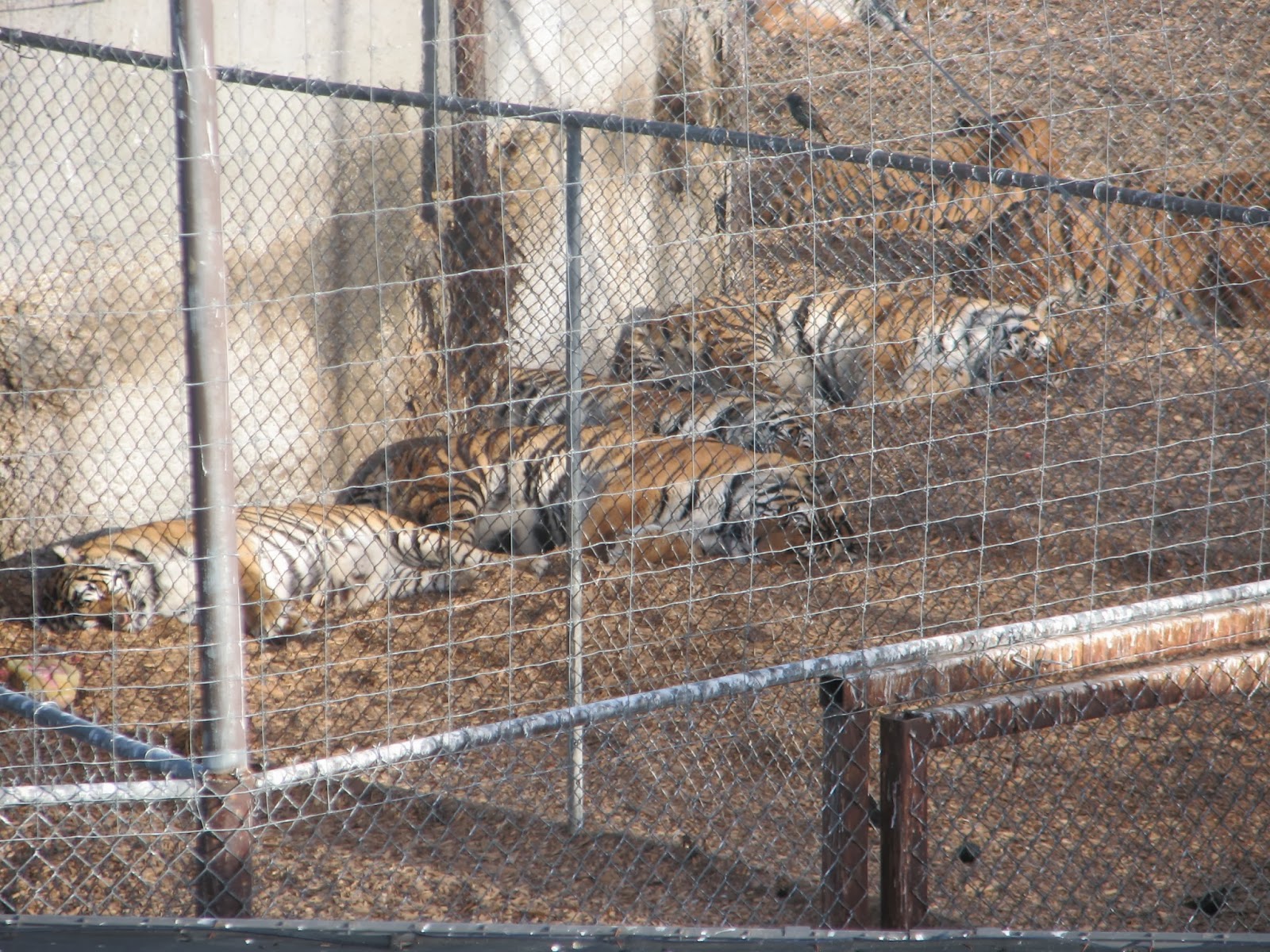 In spite of the huge costs of maintaining this facility (thousands of dollars a day for food alone), more space is being added all the time. There were over 200 tigers plus other big cats, bears and wolves (some half dog).


As we finished our visit, the kids were taking a potty break, supervised by son Tony and Grandma. I headed out to the parking lot to warm up in the car. The lot was deserted, as we were the last to leave. Spotting some trash on the blacktop, I picked it up (Minnesotans do that sort of thing) and headed for a dumpster along the fence. As I approached, I noticed  two tigers sleeping in the grass about two hundred yards away. Not wanting to disturb their sleep, I set the lid down very gently. At that instant both tigers raised their heads and turned to look at me rather intently. One stood up, then the other.  Now, cutting to the chase, I've crossed sandbars on remote rivers in Montana fly fishing and seen fresh grizzly tracks. I've heard wolves howling in the Boundary Waters Canoe Area and almost collided with a bull moose coming down a portage in the same area. The point is I don't spook real easily.  Then larger of the two immediately went into a stalking crouch. As he  began to approach me, a primal moment occurred. I looked at the cyclone fence between us (forgetting for the moment that the top was electrified) and thought "my god a deer could jump over this baby." Adrenaline flooding as my body went into high alert, I started backing up as Mr. Tiger broke into an all-out sprint coming right at me. Of course he stopped right at the fence and disdainfully turned and walked away. It was only then that  my wits returned and I could breathe.  I'm sure I will be able to conjure up that image the rest of my life.....  but just in case,  I managed to stop shaking as I snapped his picture. Oh and it was only then that I turned around to make sure I was still alone in the parking lot. 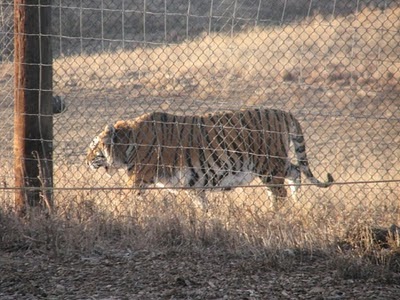 Posted by troutbirder at 8:00 AM